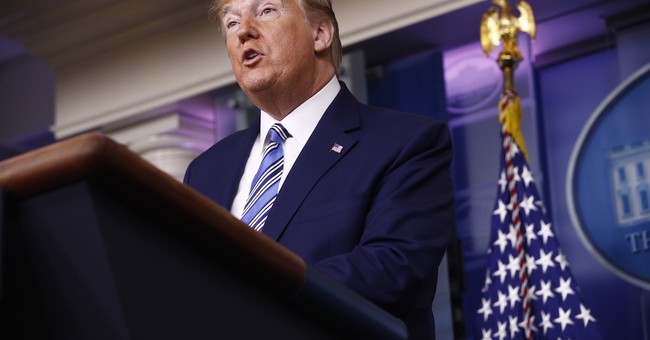 If you hoped that the liberal media would behave during a global pandemic, don’t be shocked by disappointment. There are legions of liberal reporters who would rather traffic in “panic porn,” peddle doomsday, or outright combat the president in front of the cameras than report on what’s actually happening. They don’t have the timelines right. They make up fake hot spots in red states to divert attention from the fact that most of the Wuhan coronavirus cases are from Democratic bastions. It’s a mess. Given the media’s bad behavior, was this NBC News piece published on April 7 about Trump being on a ventilator, stricken with the coronavirus a legitimate question or a despicable infected Trump fantasy? Pete Williams wrote it and he’s not one of the more unhinged members of the liberal media who undoubtedly wished this at the outset of this outbreak. Williams may be wrong at times, but he’s not evil. Then again, this scenario rehashes a 25th Amendment scenario and the last time something like this was mentioned concerning Trump, it was with top DOJ officials discussing what amounted to a coup (via NBC News):

President Donald Trump said he has been tested twice for the virus, once in March and again last week. But what if a president had to be hospitalized and put on a ventilator?

Dr. John Torres, an NBC News medical correspondent, explained that when a patient needs a ventilator, a breathing tube must be inserted first. "That requires a patient to be sedated, effectively incapacitated. Otherwise it's not possible to intubate them."

Who would take over running the country then? The answer comes from the Constitution's 25th Amendment.

That provision has never been used, even after President Ronald Reagan was shot in 1981. White House senior staff members discussed invoking the amendment, but Vice President George H.W. Bush was traveling. By the time he returned to Washington, the president's condition had stabilized, and his doctors anticipated a full recovery.

Yes, at the time, Boris Johnson was in the hospital after being infected and has since been discharged. I don’t think Williams meant any ill-will, as it could be a legitimate question if the media didn’t show its true colors 24/7 about this administration. The piece serves as part of the ongoing liberal media narrative. They hate this president, they hope he fails, and now neck-deep in the Wuhan era, they want the absolute worst for this administration and the country in the hopes of increasing the chances that Joe Biden can beat Trump.