Debate is Over Concerning This Part of the Second Amendment? 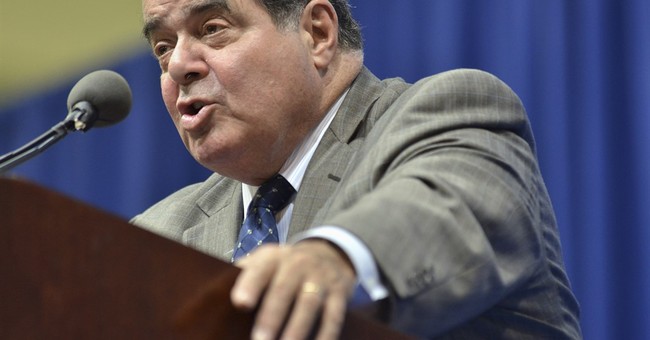 The Left has long lost this debate, but they keep trying to relitigate it on the campaign stump. The Second Amendment grants the individual right to keep and bear arms. That was the landmark D.C. vs. Heller decision, though it applied only to federal enclaves. The McDonald v. Chicago decision extended this right to the states proper. But the Left is obsessed with the militia portion of the amendment: “A well-regulated Militia, being necessary to the security of a free State, the right of the people to keep and bear Arms, shall not be infringed”

The Atlantic has a good piece about this whole debate, including an analysis of the opinions from the late Justices Antonin Scalia and John Paul Stevens on Heller. The publication explained that they used two databases Corpus of the Founding Era American English (COFEA) which has 140 million words from documents between 1760-1799 and Corpus of Early Modern English, a massive text bank based on one-billion words British English from 1475 and 1800, to analyze their opinions. To no one’s surprise, Scalia’s majority opinion was more grounded in historical fact than Stevens, though both had inaccuracies. Still, even in the afterlife, Scalia is still right for the most part (via The Atlantic):

Scalia concluded that the phrase bear arms “unequivocally” carried a military meaning “only when followed by the preposition ‘against.’” The Second Amendment does not use the word against. Therefore, Scalia reasoned, the phrase bear arms, by itself, referred to an individual right. To test this claim, we combed through COFEA for a specific pattern, locating documents in which bear and arms (and their variants) appear within six words of each other. Doing so, we were able to find documents with grammatical constructions such as the arms were borne. In roughly 90 percent of our data set, the phrase bear arms had a militia-related meaning, which strongly implies that bear arms was generally used to refer to collective military activity, not individual use. (Whether these results show that the Second Amendment language precludes an individual right is a more complicated question.)

Further, we found that bear arms often took on a military meaning without being followed by against. Thus, the word against was sufficient, but not necessary, to give the phrase bear arms a militia-related meaning. Scalia was wrong on this particular claim.

Next, we turn to Justice Stevens’s dissent. He wrote that the Second Amendment protected a right to have and use firearms only in the context of serving in a state militia. Stevens appears to have determined—though his exact conclusion is somewhat unclear—that the phrase keep and bear arms was a unitary term of art. Such single linguistic units, called binomials or multinomials, are common in legal writing. Think of cease and desist or lock, stock, and barrel. As a result, Stevens concluded, there was no need to consider whether keep arms had a different meaning from bear arms. Therefore, he had no reason to determine whether keep arms, by itself, could refer to an individual right.

Was Stevens’s linguistic intuition correct? No.

Based on these findings, we are more convinced by Scalia’s majority opinion than Stevens’s dissent, even though they both made errors in their analysis. Furthermore, linguistic analysis formed only a small part of Scalia’s originalist opus. And the bulk of that historical analysis, based on the history of the common-law right to own a firearm, is undisturbed by our new findings.

Oh, and as for the militia aspect of all of this, well, it looks like the Second Amendment was written in a way to show that gun ownership was applicable to the military, or militia at the time, and individual use. The Washington Free Beacon’s Stephen Gutowski noted this part of the article as well:

It's bizarre to me that people still play this game that the operative clause of the Second Amendment is somehow mysterious or unclear but a new analysis of founding-era documents concludes it was understood to apply to both individual use and militia use. https://t.co/Lw5YfkQrj1 pic.twitter.com/Pve77IDZMW

It's almost as though the Second Amendment protects people's rights to have and use guns in part because the founders believed a well-armed populace could form into a military force capable of protecting a free society ??

Find me another right reserved to "the people" in the Constitution where anyone tries to argue it isn't an individual right.

So, yeah—this really hasn’t been a debate since 2008, when Heller was decided, but keep hitting against that wall, liberal America.