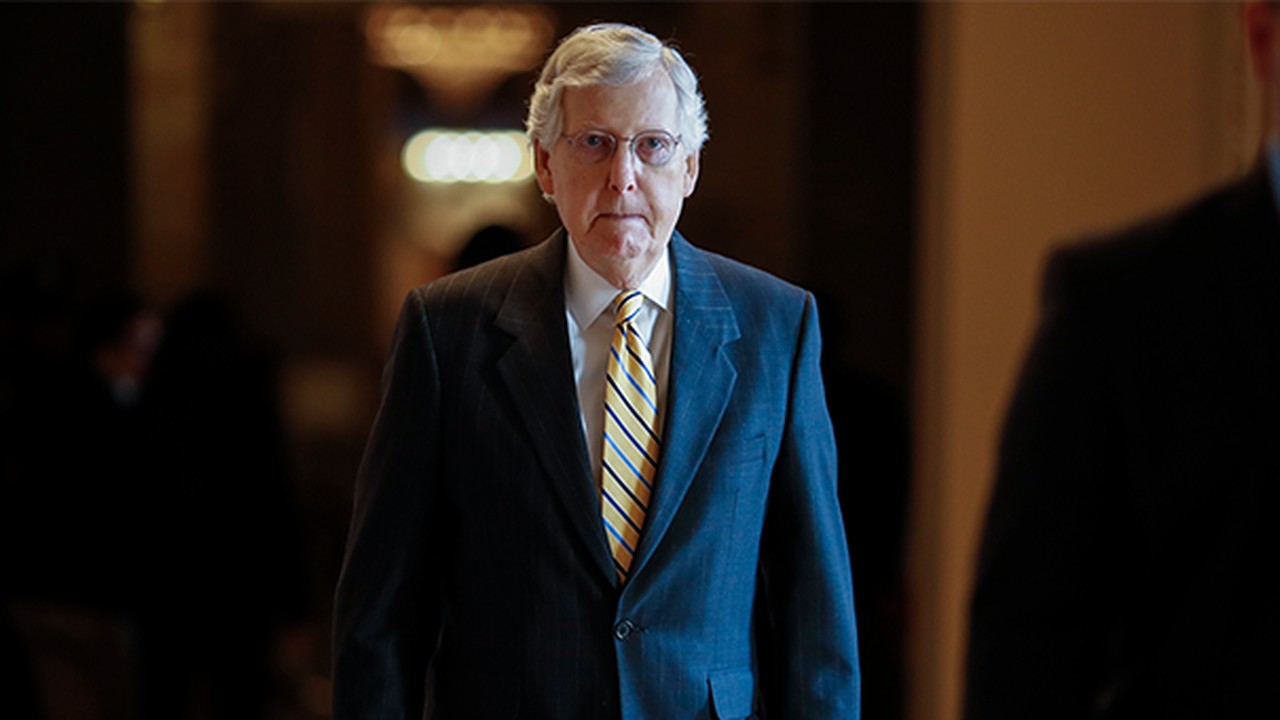 While he’s stacked the courts with Trump appointees and tried to get most of the Trump agenda through, Mitch McConnell isn’t well-liked in Kentucky. His approval rating hovers around 30 percent. It’s not good. Then again, Democrats have failed to find someone who could beat him. Voters may not like him, but he’s better than a Democrat, and that seems to be what has kept him in the Senate the past couple of cycles.

I love Mitch, especially the new nickname—Cocaine Mitch—which he adopted from a Republican primary challenger who was running for West Virginia Senate in 2018. Still, he’s not taking any chances, nabbing nearly $1 billion for his constituents over the next two years, including tax breaks (via The Hill):

Senate Majority Leader Mitch McConnell (R-Ky.) is delivering more than $1 billion worth of federal spending and tax breaks to his Kentucky constituents, just in time for Christmas and ahead of a potentially tough reelection campaign.

McConnell’s biggest obstacle to getting the deal done was not Speaker Nancy Pelosi (D-Calif.) or Senate Minority Leader Charles Schumer (D-N.Y.), but President Trump, who proclaimed last year that he was not going to sign another omnibus spending bill and whose White House made rumblings about backing a year-end spending freeze instead.

But McConnell, who is running for his seventh Senate term next year, flexed his political muscle to secure $914.2 million in direct spending for Kentucky in the two year-end omnibus spending bills. The windfall will likely boost his political standing at home in the face of a well-financed Democratic opponent and his perennially low approval ratings.

McConnell touted his spending and tax-relief accomplishments at a press conference in Louisville, and drew a sharp contrast with his Democratic opponent, Amy McGrath, a retired Marine Corps fighter pilot who raised nearly $11 million in the third quarter this year for the 2020 race.

Still, McConnell was supposed to be fighting for his political life in 2014 and handily beat Alison Lundergan Grimes. The race was polled within four-to-five points, some had the two neck-and-neck. In the end, McConnell won with 56 percent of the vote; Grimes nabbed 40 percent. It was a 16-point blowout. As we end the year, even with low approval ratings, McConnell’s race is listed as likely or solid Republican. He’s a good campaigner, an ally of Trump. The recent Republican defeat in the gubernatorial elections isn’t an indicator of much either. And you think McConnell is going to be in trouble when it comes to raising money and having a solid war chest? No. Everyone is reading the tea leaves a tad early for this race.