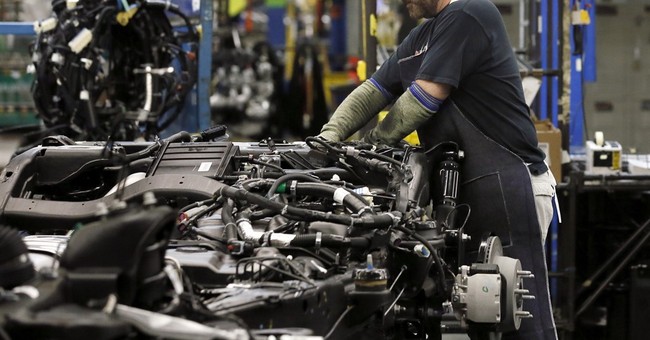 Democrats say they’re the champions for the middle and working class. Beware of those evil Republicans; they’ll screw you over. For years, that’s been the playbook. And for the most part, it worked. Obama ran with that and won two elections. Mitt Romney was the perfect foil for this messaging attack, as many looked at Mitt and viewed him as the person who would fire you not hire you. The Obama ads slicing his time at Bain Capital resonated with the working-class areas of Ohio.

Donald Trump flipped the script. He won states that the GOP hadn’t won in years. He dominated Ohio. And it also helped that Hillary Clinton was a terrible candidate. He spoke about jobs, wealth creation, better trade deals, and freedom. Hillary was a word salad of more taxes, Trump is bad, and he’s a bad, bad man. She’s a poor campaigner, which is very fitting for her two-time presidential loser accolade.

Yet, as the 2020 Democratic field vies for who can be the looniest of the loony bin, the professional, snobby, and over-educated elite that infest the party is starting to show. It’s quite simple. For liberals, if you’re not college-educated, you’re trash who shouldn’t be acknowledged or listened to because what could you possibly know, right? That has seeped into this cycle. Only the comfy, privileged liberal elites can think that "Medicare For All" is a good idea. Giving illegal aliens health care is a popular proposal, and decriminalizing border crossings is a tenet of inclusivity. Forced "Medicare For All" means the end of private insurance. No one likes giving illegals welfare, and open borders are not tenable. The Left’s intense hatred of fracking, which has created jobs, supercharged local economies, and has led the country to become more energy independent is also seen as another middle finger to the working class. Talk smart about jobs and the economy—they’ll listen. These folks are not die-hard Republicans. They’ve voted for Democrats before and they’re winnable for either party, but the Left’s left-wing thrust is forcing these folks into the GOP fold. One General Motors worker voiced his concerns in September, noting that Democrats really don’t know any working-class people and that their agenda, especially on health care, puts union workers’ plans on the chopping block. For all the fear tactics about the GOP taking away people’s health care, we have Democrats who want to do just that (via Detroit Times):

Matt Moorhead, a General Motors Co. employee who recently transferred to the Lansing Grand River Assembly Plant from the idling Lordstown plant in Ohio, said the health care under the current UAW contract “allows a freedom that a lot of people in society don’t have.”

Government-run health care isn’t the way to do it,” Moorhead continued. “There are systems that run better. There needs to be government involvement, but there also needs be a free market, as well.”

Because it affects workers’ families and comes into play at times of crisis, health insurance is a "go-to-war" point of contention between auto workers and their employers, said Kristin Dziczek, vice president of industry, labor and economics at Ann Arbor’s Center for Automotive Research.

On a lesser reported issue, the Democrats’ kowtowing to the unhinged proclivities of the environmental Left is another issue that could cost them with union voters. This radical sect intends to push socialism through the back door. It’s an agenda that gives the government unprecedented control over the ways in which we live our lives under the guise that this increased power will save the Earth; think of the children is the rallying cry. One huge push that’s the soup of the day with these clowns is a fracking ban, and some Democrats are warning that going too hard on this front could endanger Democratic hopes of winning states like Pennsylvania which is a must-win for 2020 (via Associated Press):

Only a few years ago, President Barack Obama celebrated the benefits of fracking — welcoming the energy independence and lower costs that come from an increase in domestic production. To address environmental concerns, his administration focused on tighter regulation of fracking on federal land but largely steered clear of the state-level battles over whether the practice was dangerous, dirty or accelerating climate change by encouraging dependence on fossil fuels. Even most environmental groups have advocated for regulation, not an all-out ban.

“To say that you would ban fracking is a very difficult position to take in some key states,” said Rick Ridder, a Democratic strategist who worked as Howard Dean’s 2004 presidential campaign manager and fought fracking in Colorado. “There’s an extremely important distinction between local control and banning something.”

…jobs created by fracking have been a boost to some labor unions. The activity helps the economy and lowers energy costs. A study in 2015 from the nonpartisan Brookings Institution found that households gained $200 from fracking just from lower gas prices alone.

the state’s fracking boom has led to the construction of a massive energy plant northwest of the city that has created thousands of construction jobs and was the site of a rally by President Donald Trump last month. The president touted the economic benefits of fracking, which have extended not just to Pennsylvania but also to neighboring West Virginia and Ohio.

Mikus said it’s hard to predict the outcome of a Pennsylvania election in which the Democrat wants to end fracking because no Democratic nominee has ever run statewide with that platform before. Democrats who have called for fracking bans have lost statewide primaries.

“I can’t say it eliminates the chance of someone winning, but it makes it tougher,” Mikus said.

Labor is skeptical. “The issue is economics. People vote with their pocketbooks,” said Rick Bloomingdale, president of Pennsylvania AFL-CIO. “People have got to have a solid financial footing before they think about other issues.”

Yeah, with a field this shoddy, making things tougher is obviously a bad decision. You have an aging socialist who just had a heart attack, a woman who culturally appropriated the Cherokee Nation who cannot answer the simple question about whether her health care plan would raise taxes on the middle class (spoiler: it will), and Joe Biden is barely coherent. You already have a core agenda that is unpopular. These will only add icing to the Left’s 2020 participation cake, which they can consume as Trump wins a second term handily. The Left’s backyard—working-class workers, labor unions—could be voting for Trump in significant numbers if they keep pushing policies, like "Medicare For All," which will torch their health care plans. The Democrats are ceding an issue they’ve dominated for years because of Trump Derangement Syndrome.