Hillary Clinton has yet to move on from the 2016 election. We all knew that, but this is different. I mean, she really cannot get over losing. It’s the only way to explain this bizarre and frankly unhinged conspiracy theory she’s peddling to smear Rep. Tulsi Gabbard (D-HI). She thinks the Kremlin is grooming her to run as a third-party candidate (via CBS News):

"I'm not making any predictions but I think they've got their eye on somebody who is currently in the Democratic primary and are grooming her to be the third-party candidate. She's the favorite of the Russians," Hillary Clinton to @davidplouffe https://t.co/DKH7BLTWs8

I’m no fan of @TulsiGabbard, but @HillaryClinton’s attack is an indicator of mental issues.

Hillary Clinton, former Secretary of State, has now accused @TulsiGabbard, a veteran of the wars she supported, of being a "Russian asset" who is being "groomed" for a third party bid for the presidency, along with others.

This is an insane opinion. Will anyone call her on it?

Hillary Clinton suggested that Russians are "grooming" a 2020 Democratic candidate, implicitly referencing Congresswoman Tulsi Gabbard without directly naming her. Gabbard has often been criticized for her seeming support for Syrian dictator Bashar al-Assad, including meeting with him and openly questioning U.S. intelligence conclusions that Assad carried out chemical weapons attacks on his own people.

Clinton spoke with David Plouffe, the campaign manager for President Obama's 2008 campaign, for his podcast Campaign HQ. She discussed Russian interference in the 2016 election and likely intrusion into the 2020 election.

"They're also going to do third party again. And I'm not making any predictions, but I think they've got their eye on somebody who's currently in the Democratic primary. And they're grooming her to be the third party candidate," Clinton said presumably about Gabbard, referring to Russian efforts to support third party candidate Jill Stein in 2016.

"She's the favorite of the Russians, they have a bunch of sites and bots and other ways of supporting her so far, and - that's assuming Jill Stein will give it up, which she might not, because she is also a Russian asset — yeah, she's a Russian asset! I mean totally!" Clinton continued. Clinton supporters have alleged that Stein served as a spoiler in the 2016 election.

"They know they can't win without a third-party candidate. And so, I don't know who it's gonna be, but I can guarantee they'll have a vigorous third party challenge in the key states that they most need it," Clinton said about the Russians.

Hillary's preferred narrative has always been that Russia deprived her of her rightful ascent to the presidency and she wants to make sure everybody views the next election through that same warped, conspiratorial prism

If Tulsi is being controlled by Russia that's a National Security Threat because she's active military. Let's have Hillary follow through on her batshit rhetoric. Is she alleging that a Major in the National Guard is secretly doing the bidding of Russia?

The vast majority of people at every Tulsi event I've ever attended have been Democrats or Democratic-leaning independents https://t.co/I3y3s8kKys

Tulsi is obviously a public figure and the standards for defamation are high but I'd love to see her sue Hillary, Bakari Sellers, and anyone else who slanders her with the "Russian puppet" garbage. Let them try to substantiate their BS claim with evidence (hint, there is none)

"Russian asset" is a term that gets thrown around all the time by morons, but the idea of Tulsi being "groomed" is uniquely despicable (and legally actionable, potentially). It implies she is in direct contact with Russian agents who are surreptitiously controlling her campaign

Hillary's assertion that Jill Stein is a "Russian asset" is also a craven, debunked lie. Everyone who is inconvenient to the Democratic Party is now being surreptitiously controlled by Russia. That's the deranged political climate we're in, congrats to all who helped foster it

Okay, so tinfoil hat sales have certainly gone up for those in Clinton’s orbit. I’m one for defending Democrats, but this is trash. There’s no evidence of this and it just shows that even after a book tour, the former first lady and the two-time presidential loser cannot let the 2016 election go. She cannot let the Russians go. It’s sad. Hillary has had a long career in public life. She’s rich. She’s famous. She can retire and leave all of us alone, but nope. She has to peddle Russian collusion 2.0 conspiracy theories that make her look crazy. What we do know is that Gabbard won’t go third party. Liberal reporter Michael Tracey, who was skeptical of the Russian collusion myth from day one, torched the Clinton-ite sect of America for peddling this whacko theory, noting that anyone who is seen as an insurgent or “inconvenient” to the party is now a default Russian spy. Trump truly has broken many left-wing minds in America. 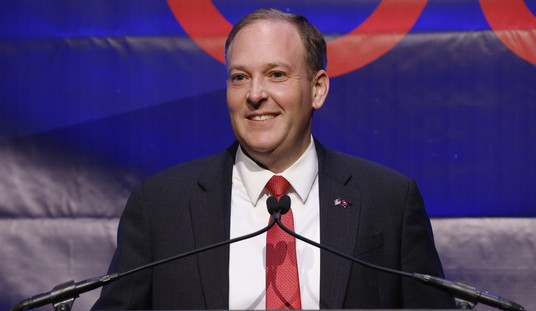