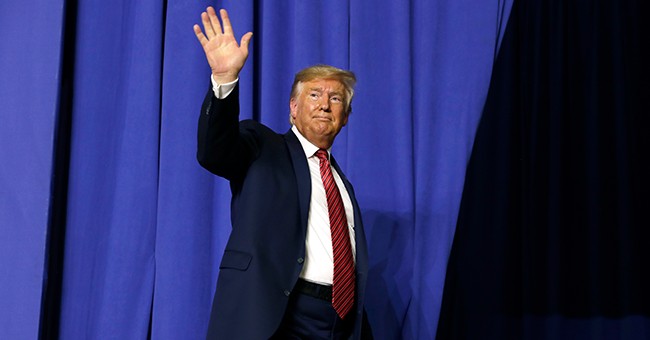 Okay, so the Trump-Russia hoax is probably the MVP of trash liberal stories about this presidency, but we have a new one—and it’s even more pathetic. It won’t have the staying power as the Russia collusion myth, but it once again shows that the media is the enemy of the people. They’re corrupt. They’re liars. They’re stupid—and when you realize all of that, you can make them do anything. That’s one of the points that’s highlighted in the Netflix documentary about Roger Stone. Love him or hate him, he knows how to own these clowns. With the liberal media’s hatred of Trump, they will fall for almost anything. This Ukraine story is a prime example.

Apparently, Trump spoke to a foreign leader. That’s the story. The level of scandal is just…appalling, said by no one serious. Trump supposedly pressured Ukrainian leaders to investigate 2020 Democratic Presidential Candidate and former Vice President Joe Biden. Yeah, Trump can say that—and Ukraine can ignore the request. It’s a conversation of no importance. And now some whistleblower decided to contact the inspector general for the intelligence community? It’s nonsense. The IC isn’t supposed to be snitching to Congress about what the president said, something that former CIA and FBI official Phil Mudd said last week. Mudd, a CNN contributor, said that he nearly “blew a gasket” over this story because of the gross overreach here.

And now, we’re hearing that this whole story was based on a second-hand account? Yeah, the whistleblower never actually listened in on these calls, which was buried by CNN in their report. The Daily Wire’s Ashe Schow has more [italicized text indicated CNN’s report]:

Buried in a lengthy CNN article about the complaint is the following paragraph:

The whistleblower didn't have direct knowledge of the communications, an official briefed on the matter told CNN. Instead, the whistleblower's concerns came in part from learning information that was not obtained during the course of their work, and those details have played a role in the administration's determination that the complaint didn't fit the reporting requirements under the intelligence whistleblower law, the official said.

The Washington Post first reported the complaint on Wednesday, using anonymous sources and vague descriptions. The outlet placed the story on its front page, with the headline, “Trump’s communications with foreign leader are part of whistleblower complaint that spurred standoff between spy chief and Congress, former officials say.”

The story was as vague as the headline, with “two former U.S. officials familiar with the matter” who were “speaking on the condition of anonymity because they were not authorized to discuss the matter publicly” claiming Trump made a “promise” to a world leader, which is apparently wrong.

Some in the media suggested Trump withheld $250 million in military aid from Ukraine possibly in relation to whatever “promise” was made in that telephone call, which, again, the whistleblower didn’t overhear.

Talk about another episode of the media stepping on rakes when reporting on this White House. This isn’t the first time and it won’t be the last. Yeah, and people wonder why these clowns are so despised and distrusted with their other hobby when it comes to the reporting on the Trump White House: these so-called fact-checks they peddle may as well have the citation "paid for by the DNC" listed at the end. Trump knows these clowns are morons who will fall for anything. He knows that they will overreact to everything. He has their number. Liberals’ intense hatred for this man will make them suffer serial humiliation. And those who support the president love it.

In the meantime, Trump has the Democrat-Media complex hook, line, and sinker; he's dragging this out. He wants them to live in shame when the end comes (via Politico):

President Donald Trump on Sunday said he would consider releasing a transcript of a phone call he had with Ukraine’s leader, even though two of his Cabinet secretaries said only hours earlier that such conversations must remain “private.”

“We’ll make a determination about how to release it, releasing it, saying what we said,” the president told reporters in Houston. “It was an absolutely perfect conversation. The problem is, when you’re speaking to foreign leaders, you don’t want foreign leaders to feel that they shouldn’t be speaking openly and good. … You want them to be able to express themselves without knowing that not every single word is going to be going out and going out all over the world.”

News reports say that Trump pressured officials in Ukraine to undertake an investigation that would damage former Vice President Joe Biden, his potential Democratic opponent in 2020. A whistleblower complaint said to involve the president’s actions is now the focus of a battle over congressional review.