Seared with Flavor: The Latest Pitch By Green Warriors To Fight Climate Change Could Have Some Reaching For Barf Bags 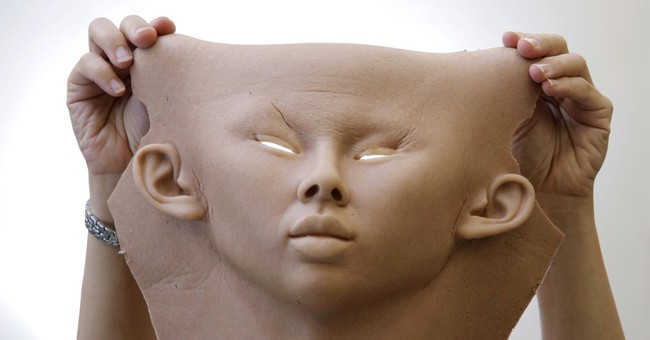 Rep. Alexandria Ocasio-Cortez’s (D-NY) multi-trillion-dollar ploy to curb so-called global warming was laughable. It’s laughable when climate alarmists point to hurricanes being formed during…hurricane season as evidence that there is global warming. It’s funny when they rage about how hot…summer is to suggest we’re getting closer to Armageddon. The same clowns who peddled this garbage are the same ones who said the Earth would undergo re-glaciation because of global cooling in the 1970s. It didn’t happen. They were wrong. And I’m not willing to cannibalize trillions in economic growth and activity based on the very people who have been wrong about this for decades. The doomsday prediction has rolled in by the fist-full and none of this nonsense has come true. None. I’m not about to sign off on self-induced economic destitution to satisfy the liberal elite who hate America and want to cripple us in some backdoor maneuver to get their authoritarian and over-regulatory agenda enacted through the guise of helping mother Earth. To show how unserious this crew is, we have people suggesting that we eat human flesh to combat global warming (via NY Post):

Stockholm School of Economics professor and researcher Magnus Soderlund reportedly said he believes eating human meat, derived from dead bodies, might be able to help save the human race if only a world society were to “awaken the idea.”

Soderlund’s argument for human cannibalism was front and center during a panel talk called “Can You Imagine Eating Human Flesh?” at the Gastro Summit, reports the Epoch Times. “Conservative” taboos against cannibalism, he said, can change over time if people simply tried eating human flesh.

Some of the talking points at the seminar included whether humans were too selfish to “live sustainably” and if cannibalism is the solution to food sustainability in the future.

When asked during an interview after his talk if he personally would try human flesh, Soderlund said he was open to the idea.

Cannibalism. That’s an option to fight this so-called trend, huh? Yeah, and people wonder why this issue isn’t really on the minds of normal people. The folks crying foul are insane.

And don’t these people know the dangers of eating human flesh. If the 1999 film Ravenous tells us anything, it’s that once consumed, you’ll become addicted forever a cannibal and a total monster. Of course, that’s fantasy, but heck—we’re dealing with a cast of characters who are totally unspooled when it comes to this issue. It’s one that will screw over rural and middle-class Americans. The electric bills for these people and fixed-income seniors will be nuked. It’s a de facto tax increase to help rich, wealthy liberals feel better about themselves living in cities. It’s a covert attempt to cripple those who don’t vote for liberal causes, especially seeing how these policies are going to impact the country. It’s very red-state centric when it comes to the economic damage.