Oh, So AG Barr Is Looking Into Whether Trump’s Phone Calls Were Wiretapped? 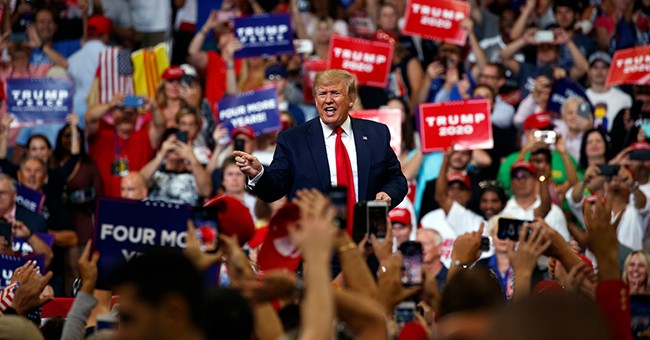 Well, the liberal media thought he was nuts. Oh, and did they have a field day when Trump suggested that Trump Tower was wiretapped. And what happened with that? Oh, nothing; just that it was revealed that Paul Manafort’s phone was tapped by the FBI before and after the 2016 election. Manafort lived in Trump Tower (via The Hill):

The government wiretapped the phone of President Trump’s former campaign chairman, Paul Manafort, during and after the 2016 presidential campaign, CNN reported on Monday

Sources familiar with the matter told CNN that the government obtained a secret court order under the Foreign Intelligence Surveillance Act (FISA) in 2014. The warrant allegedly focused on his work consulting for the government of Ukraine.

That warrant was reportedly ended in 2016, but the FBI obtained a second one soon after which lasted until early 2017, including periods when Manafort was speaking with Trump.

It’s not exactly what was alleged by the president, but given what we know about the Trump dossier, and how it’s total trash but was still cited as credible evidence to secure a FISA spy warrant against former Trump campaign aide Carter Page, would you be shocked if Trump’s calls were monitored? I wouldn’t. The Mueller probe omitted the backstory of a State Department intelligence source in order to portray him as a Kremlin agent. A key witnesses’ history of peddling child porn appears to have been ignored. And Ukrainian officials dismissed the document that was used by the FBI to go after Paul Manafort as fake. The FBI was warned about this too; they went ahead anyway. We’ll have more on that later today.

With Attorney General William Barr investigating the investigators of the Trump-Russia collusion myth, the Left is nervous. It also doesn’t help that the AG says he now has more questions than answers about this whole probe, and that the answers he’s received just don’t “hang together.” Last night, the president told Sean Hannity that they’re now looking into whether U.S. intelligence agencies were wiretapping his phone calls (via Fox News):

One day after formally launching his 2020 presidential bid, President Trump told Fox News' "Hannity" exclusively on Wednesday that investigators are working to determine whether his personal phone calls were secretly monitored by U.S. intelligence agencies during the 2016 campaign -- a possibility he called "the ultimate."

Numerous issues with the Steele dossier's reliability have surfaced, including several that were brought to the FBI's attention before it cited the dossier in its FISA application and subsequent renewals. Mueller's report made plain, for example, that former Trump attorney Michael Cohen did not travel to Prague to conspire with Russian hackers seeking to access Democrat files, as the dossier alleged.

Mueller also was unable to substantiate the dossier's claims that Page had received a large payment relating to the sale of a share of Rosneft, a Russian oil giant.

The fact is, they were spying on my campaign, using intelligence agencies to do it. ... We're trying to figure out whether they listened to my calls. That would be the ultimate. We'll see what happens. If that happens, we'll probably find out. If they spied on my campaign and they may have, it will be one of the great revelations in history of this country. It will be very interesting. I think we're gonna find out."

Trump said Attorney General Bill Barr is working "very hard" to get to the bottom the matter.

If anything, what the Trump-Russia collusion hysteria has shown is that this whole myth has broken the minds of liberal America. The liberal media without solid evidence peddled it. It’s the prime example of the Democrat-media complex. It also showed how dangerous our government could be, and the lengths it will go to, in order to destroy someone they find unappealing in a political race (allegedly).