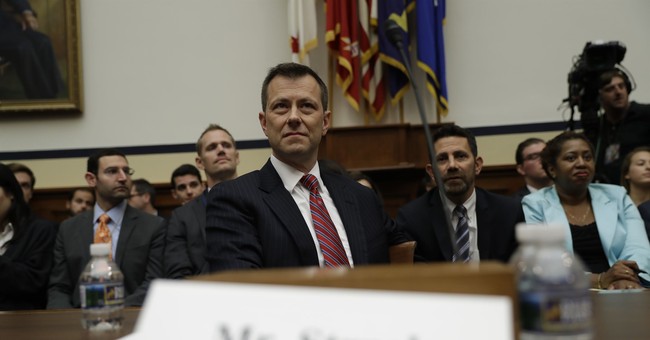 Republican Congressman Doug Collins (R-GA), the ranking member of the House Judiciary Committee, wants to know whom the identity of the senior FBI official who was leaking confidential information to the media. Katie wrote about the Department of Justice Inspector General’s report on the matter, where it said a deputy assistant director at the FBI illegally disclosed sealed court material to the press. The person in question received gifts from the media in return. The person was never charged:

The OIG investigation concluded that the DAD engaged in misconduct when the DAD: (1) disclosed to the media the existence of information that had been filed under seal in federal court, in violation of 18 USC § 401, Contempt of Court; (2) provided without authorization FBI law enforcement sensitive information to reporters on multiple occasions; and (3) had dozens of official contacts with the media without authorization, in violation of FBI policy," OIG released in an investigative summary. "The OIG also found that the DAD engaged in misconduct when the DAD accepted a ticket, valued at approximately $225, to attend a media-sponsored dinner, as a gift from a member of the media, in violation of federal regulations and FBI policy."

OIG opened an investigation after receiving a number of tips the DAD was illegally leaking information the media and accepting gifts.

Katie laid out the breadcrumbs as well. Fired FBI Peter Strzok, who reportedly was a key player in the Hillary Clinton email probe and signed off on the FBI’s counterintelligence probe that eventually became the probe helmed by Special Counsel Robert Mueller, is listed as being the Deputy Assistant Director of the Espionage Section in September of 2016. In fact, he’s the only name that appears next to that title in the report.

Rep. Collins laid out his reasoning why he thinks definitively that Strzok is the individual in question, writing to DOJ IG Michael Horowitz (via Washington Examiner):

In his letter to Horowitz, Collins asked about a one-page report released on Wednesday that found a now-former FBI deputy assistant director “engaged in misconduct” by disclosing information to the media that had been filed under seal in federal court, maintaining dozens of unauthorized contacts with reporters, and accepting a $225 ticket from a member of the media to attend a dinner sponsored by the media.

"While the DAD is not named in the Summary, there are several indications the DAD in question is former FBI counterintelligence agent Peter Strzok," Collins said. "For example, the 2018 Report noted, 'Peter Strzok is an experienced counterintelligence agent who was promoted to Deputy Assistant Director (DAD) of the Espionage Section in September 2016.' The 2018 Report also said, '[m]ost troubling, on October 29, 2016, Strzok forwarded from his FBI account to his personal email account an email about the proposed search warrant the Midyear team was seeking on the Weiner laptop. This email included a draft of the search warrant affidavit, which contained information from the Weiner investigation that appears to have been under seal at the time in the Southern District of New York . . .'"

Collins asked Horowitz if Strzok is the individual referenced in the report and pressed the inspector general and Barr on whether prosecution was declined. Despite the FBI official's violations of bureau policy, the inspector general said “prosecution of the [deputy assistant director] was declined" and the matter was being referred to the FBI for "appropriate action."

Strzok and his mistress, former bureau lawyer Lisa Page, are at the epicenter of the allegations of bias and misconduct at the FBI over the 2016 election. The two shared tens of thousands of texts that exhibited the worst professional form from the FBI. They were anti-Trump and meant exactly what they said; Strzok tried to pass on that there was no bias in these communications and that they showed his patriotism. They discussed an “insurance policy” with disgraced ex-Deputy Director Andrew McCabe, who Katie also noted leaked to the press and lied under oath about it. His conduct has been referred to for criminal prosecution. That “insurance policy” is reportedly the Trump dossier, an unverified piece of political opposition research that was funded by the Democrats, which was used to secure a FISA spy warrant against Trump foreign policy adviser Carter Page. Alas, the FISA abuse allegations stemming from Spygate.

Strzok also said that they would “stop” a Trump presidency, whatever that means. He was fired shortly after his testimony to Congress. McCabe was fired as well. Page resigned from the FBI. The liberal media and the Democrats spoke of election interference from Russia. It seemed the most damaging interference was actually coming from within at the J. Edgar Hoover building.