So, Can You Guess Why There's Media Silence Over This Gang Assault In Minnesota? 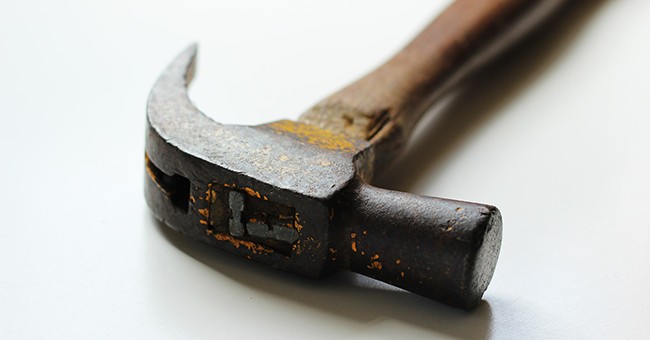 There’s media silence in Minneapolis over an attack executed by a group of Somali teens that reportedly attacked bystanders East Bank Light Rail station last Friday. It looks like it was racially motivated. According to reports, anyone who was white or looked like they had money was targeted. The teens used hammers and bars as weapons. Our friends at RedState noted something interesting as well. Elizabeth Vaughn added that there’s been literally no media coverage of this attack. The only outlet to even mention or ask about it was the crime watch site “2ndPrecinct  Minneapolis Crime Watch and Information. They posted on their Facebook page to note that this attack did happen and that “We were told that we were the ONLY media to inquire to MPD about it. Further proof of our "incurious" local lamestream media” (via Alpha News MN):

The incident was apparently reported to 911 just before 10 p.m. on Friday according to the audio and other social media police scanner reports. A 9:48 p.m. Facebook post on 2nd Precinct Minneapolis Crime Watch page said that University of Minnesota (U of M) police were requesting assistance from Minneapolis police (MPD) and Metro Transit police for “a group of 8-10 males chasing people with hammers” and that some people were injured. A Facebook post a minute later on Minneapolis Scanner page said that the three police departments were responding to “multiple [911] calls” about “10-12 Somali teen males armed with hammers chasing people,” also with “several injuries reported.” Both Facebook pages regularly post summaries of police scanner audio.

A person who claimed on social media to have been at the station when the incident occurred said that the group of males had “hammers and bars,” and that they seemed to be “attacking anyone who looked like they had money or were white.” The witness, who said he isn’t white, said he didn’t want to “[take] on a bunch of dudes with blunt objects,” and that he “hurried an older white lady away” and they walked a few blocks to catch a bus.

Vaughn added this story was shared by Glenn Reynolds (aka Instapundit), who aptly noted this was just a case of Somali teens showing their gratitude to the nation who gave them refuge. Hey, this isn’t an isolated incident. Rep. Ilhan Omar (D-MN), who represents Minneapolis, is probably one of the most ungrateful people we’ve ever offered refuge. She spews anti-Semitic trash, she sided with the terrorists when commentating on the 1993 Mogadishu raid, which was made famous by the book and film Black Hawk Down, and she downplayed the 9/11 attacks as an event where “some people did something.”

UPDATE: It seems only two individuals were armed; they carried pipes. Police stopped several who fled the platform, but they’re minors so details are scarce. Fox News noted that despite previous reports, no one was injured in the attack:

A University representative later affirmed to Fox News that law enforcement responded to a call that a group of individuals was threatening people.

“The suspects, seven juvenile males, fled the platform but were stopped by police,” the spokesperson said Wednesday. “Two individuals carrying metal pipes were identified through video surveillance and witness descriptions. Because the suspects are juveniles, limited information is available.”

There were no known injuries the representative added. According to a redacted police report obtained by Fox News, only the two individuals carrying metal pipes were cited