So, Are The Germans More Serious About Singling Out Anti-Semitism Than The Democratic Party? 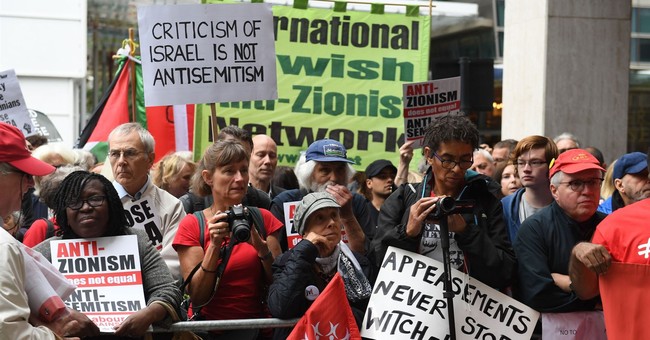 The Democrats have an anti-Semitism problem. Rep. Ilhan Omar (D-MN) and Rashida Tlaib (D-MI) are the main culprits, though the former has made the biggest splash. Omar has peddled almost every anti-Semitic trope in the book. From tweeting about Jewish influence being tied to money and politics to Israel having hypnotic powers that blind the world to its evil, Omar has said it all. Her latest remarks accused supporters of Israel of exhibiting dual loyalty. She has yet to apologize for it.

When a resolution condemning anti-Semitism was brought up, some Democrats didn’t want to single out Omar. It was a pathetic exercise. It also showed how weak Nancy Pelosi is as Speaker of the House, allowing the inmates to run the asylum. She may say this league of Anti-Semitic gentle ladies is small, and she’s right, but they have the entire party kowtowing to their will. It was a nonbinding resolution. It was symbolic, but even this couldn’t be executed properly. The resolution was voted on was simply worthless.

Over in Europe, they may have a lot of bad policies stemming from the European Union, immigration, and socialism, but Germany has slammed the Boycott, Disinvestments, and Sanctions movement as anti-Semitic (via NYT):

The German Parliament on Friday became the first in the European Union to pass a symbolic resolution that designates the Boycott, Divestment and Sanctions, or B.D.S., movement against Israel as anti-Semitic.

The nonbinding vote said the campaign to boycott Israeli products, along with the movement’s “Don’t Buy” stickers, recalled “the most terrible chapter in German history” and revived memories of the Nazi motto “Don’t buy from Jews.”

“The pattern of argument and methods of the B.D.S. movement are anti-Semitic,” the resolution stated, vowing not to fund any organizations that question Israel’s right to exist, call for a boycott of Israel or actively support B.D.S.

B.D.S., which was inspired by the South African anti-apartheid movement, has had several recent successes. In 2018, nearly two dozen artists pulled out of a music festival in Israel. Most recently, the B.D.S. movement has called on artists and fans to boycott the Eurovision Song Contest because Israel is the host.

Rashida Tlaib and Ilhan Omar support the BDS movement. Oh yeah, and do we need to rehash what Tlaib said about the Holocaust? Well, not even Palestinian scholars know what the hell she’s talking about.