'We're Reluctant To Do This'...But We Can't Let The Democrats Look Bad: This Is What Triggered MSNBC During Graham's Opening Remarks 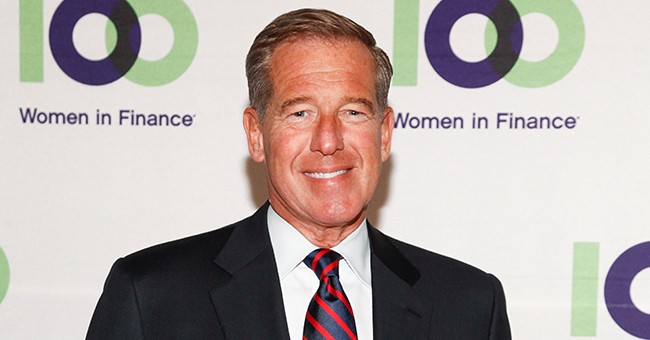 The Senate Judiciary Committee had Attorney General William Barr testify over the Russia investigation and the report submitted by Special Counsel Robert Mueller. It presented yet again an opportunity for Democrats to grandstand, spread their liberal trash, and make total fools of themselves yet again. I can understand why. The Muller report was supposed to be the smoking gun. The piece of evidence that could start impeachment proceedings, hamstring Trump’s 2020 campaign, and remove him from office. It had the opposite effect. There was no evidence of collusion, which started this whole clown how, to begin with, and the evidence for obstruction is just not enough. We all knew there was no evidence for collusion. Throughout this whole exercise in left-wing conspiracy theory peddling, there was zero evidence the Trump campaign and the Kremlin colluded to tilt the 2016 election. There is more evidence that the DNC, the Clinton campaign, and the Russians colluded during this cycle. There’s also evidence that top DOJ officials under the Obama administration were essentially discussing ways to remove Trump via the 25thAmendment. That’s a coup, folks. Also, let’s not forget the tens of thousands of texts between former FBI Agent Peter Strzok and his former mistress Lisa Page, a bureau lawyer. It displayed abject unprofessionalism at the FBI, which carried a heavy stench of bias that was only magnified, as Strzok was one of the key players who signed off on the counterintelligence probe that became Mueller investigation. He was also a point person in the Hillary Clinton email probe.

In the aftermath, Page resigned. Strzok was fired.

Sen. Lindsey Graham (R-SC) had a colorful introductory speech prior to the start of the hearing, where the Republican Senator dropped some f-bombs citing the Strzok-Page texts. Yet, it was Graham’s “no collusion” remarks that prompted MSNBC (or MSDNC) to cut into the hearing for a “fact check” led by none other than the Godfather of fake news Brian Williams. You guys, the Democrats were going to look bad, so the network, which is wholly designated to keeping liberal blood pressures low, had to run interference on facts. The collusion narrative has been busted. It’s a myth (via NTK Network):

So, no collusion, no coordination, no conspiracy between the Trump campaign and the Russian government regarding the 2016 election,” Graham said.

“We’re reluctant to do this, we rarely do, but the chairman of the Judiciary Committee just said that ‘Mueller found there was no collusion.’ That is not correct,” Williams said. “The report says collusion is not a thing they considered, it doesn’t exist in federal code.”

Wallace then accused Graham of acting like a “human shield” for Trump or Barr.

Yeah, the man who was suspended for months because multiple stories of his turned out to be fake news trash is the one who should be leading the “fact check.” This has as about as much credibility as Kim Jong-un’s state television. Turncoat Nicole Wallace is also the host who was rooting for economic disaster to strike in order to help grease the wheels to get Trump out of office. So, yeah—this “fact check” was just another liberal tantrum. You guys lost. Trump is still president. And guess what AG Barr will remain at the DOJ. Does it hurt to suck this much?

Mueller's report stated "collusion is largely synonymous with conspiracy as
that crime is set forth in the general federal conspiracy statute" & his investigation focused "in particular" on "liability for the crime of conspiracy" pic.twitter.com/L2OU0mQ75v

Mueller's report stated "the investigation did not establish that members of the Trump Campaign conspired or coordinated with the Russian government in its election interference activities." pic.twitter.com/wD2szkA5em