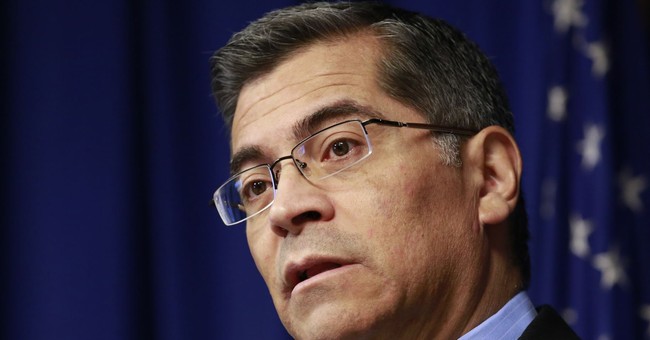 In the closing days of 2018, California gun owners knew what was coming: more anti-Second Amendment regulations. It was an “as expected” event. California is a Democratic, blue trash state. Some of the laws mirrored others passed elsewhere, like Vermont and Florida, who increased the age to purchase long guns from 18 to 21 after activist groups, pressured these states’ Republican governors into caving to these unconstitutional demands. There will be a lifetime ban on gun ownership for domestic abusers and those involuntarily committed for mental health reasons, which are already etched in stone under federal law, but looking like you’re doing something is part of the art of liberal politics.

Still, first things first, there’s that ban on so-called high-capacity magazines (i.e. any magazine that can hold more than ten rounds). Yes, the National Rifle Association has challenged the legislation (via SF Chronicle):

More than two years after California voters made it illegal to possess high-capacity gun magazines commonly used in mass shootings, the National Rifle Association has tied the measure up in court. Now the gun lobby has set its sights on a nearly 2-decade-old law that banned the sale of those devices in the state.

That law, which took effect in 2000, has made it illegal to buy or sell magazines that can hold more than 10 cartridges. Proposition 63, sponsored by then-Lt. Gov. Gavin Newsom and approved by the voters in 2016, would require anyone who owns the magazines to turn them in, send them out of state or remake them to comply with the law.

If the NRA succeeds in killing one or both measures, they would be the organization’s first victories in a lengthy California campaign against some of the nation’s strictest gun-control laws. The final decision will likely rest with the U.S. Supreme Court and could signal whether President Trump’s new appointees have revived the court’s fervor on firearms issues after nearly a decade of silence.

On Friday, the NRA, supporters of the Second Amendment, and gun owners clinched a sweet win, with a ruling from a federal judge that threw that law right into the trash. Judge Roger T. Benitez also took California Attorney General Xavier Beccera to the woodshed for his arguments in support of the legislation (via NRA-ILA):

In a scholarly and comprehensive opinion, Judge Benitez subjected the ban both to the constitutional analysis he argued was required by the U.S. Supreme Court in District of Columbia v. Heller and a more complicated and flexible test the Ninth Circuit has applied in prior Second Amendment cases.

Either way, Judge Benitez ruled, the law would fail. Indeed, he characterized the California law as “turning the Constitution upside down.”

Lawyer Gabriel Malor broke down the ruling. What a sweet, sweet win:

#Breaking Federal judge in CA grants summary judgment to plaintiffs in case challenging the state's 10-round limit on firearms magazines. Law is declared unconstitutional and is permanently enjoined from being enforced. #2A #NRA

It's a very readable decision. pic.twitter.com/1WgbokJMx4

The judge characterizes Heller as a simple hardware test in concluding that magazines that hold more than ten rounds are protected. pic.twitter.com/v81YslICB5

Judge finds that the historical prohibitions exception to Heller does not apply. He just tears through AG Becerra's examples of bullet bans because the laws Becerra actually cites are about machine guns. pic.twitter.com/fNnrcnsVo1

The judge is not a fan of the 9th Cir. approach to Second Amendment questions, but he applies it anyways, as he is bound to do. pic.twitter.com/uK9VT4HjDl

It does go into effect immediately. I would be very surprised if AG Becerra does not seek a stay.

(He has to ask the district court first, and then he can accelerate it to the 9th Cir.)