Wait-This Is Why Jeanine Pirro Was Pretty Much Suspended From Fox News? 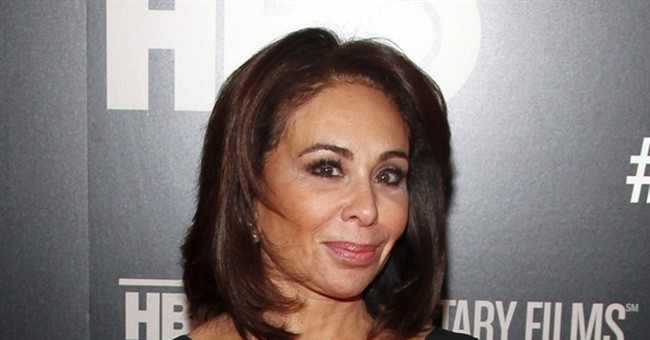 We’re back, and Storm is quite punchy today. Torching all the things, including me, but we’ll get to that in a second. First on the hit list were the GOP senators who voted for blocking the national emergency declaration that President Trump issued concerning the illegal alien crisis on our southern border. Trump vetoed it, and while we didn’t have the names of those who stabbed us in the back at the time of recording, here they are for this post:

Trump has had much patience concerning his action item for a border wall. It’s time to get it done. The Democrats are not serious.

Another thing that isn’t serious is the Russian collusion myth, which has devolved into a massive taxpayer-funded investigation helmed by Special Counsel Robert Mueller. Even Democrats are admitting that nothing will probably come of this investigation. And the American people are starting to turn against it. Guy wrote it up yesterday. Fifty-four percent of Independents see Trump as a victim of a witch hunt, 50 percent overall feel the same way, and support for impeachment is at an abysmal 28 percent. Please Democrats…keep pushing this. It’s only helping the man remain in office.

And speaking of offices, Judge Jeanine Pirro had her show yanked off the airwaves because she brought up Rep. Ilhan Omar’s hijab. I’ve watched the clip. It’s embedded below. There is nothing wrong with it. Nothing. Sorry, around 99.9 percent of it is trashing the Democratic Party’s inability to confront the rising tide of anti-Semitism within their ranks, all of it coming from Omar. Omar is also not new to peddling anti-Semitic trash on social media; she’s been doing it since 2012. She engulfed her whole party in this mess with their garbage resolution that went from condemning anti-Semitism to a watered down version that is essentially worthless because the party isn’t unified in fighting this horrific bigotry.

Speaker Nancy Pelosi’s defense of Omar is ridiculous, where she essentially calls her too stupid to know what she says so she can’t be anti-Semitic. Omar was educated here and has lived here for nearly a quarter-century. If she’s too dumb, then why is she on Foreign Relations, Madame speaker?  Why does she continue to engage in these anti-Semitic antics?

Maybe the closing by Judge Jeanine could’ve been executed better. Maybe the delivery was a bit sloppy, but it was hardly something that she should be quasi-suspended over. Yeah, so much for never caving to the mob, Fox News.

President Trump was right when he said the democrat party is now the anti-Israel party. Don’t forget Nancy, history has proven over and over when you appease to anti-Semitic sentiment, the worst happens. #OpeningStatement pic.twitter.com/vrnzhcu95o

And speaking of caving, Storm decided to go after me for attending a junket promoting the National Popular Vote Interstate Compact, which is gaining traction. Delaware and Colorado are pushing it. Colorado has already officially joined, with Delaware not too far off. A bill to allocate Electoral College votes based on whoever wins the national popular vote passed the state house. I think the initiative has some merits, but I’m still unconvinced we need to burn the whole system down. The Electoral College has served us well, but I’m not afraid to have a debate about the national popular vote; I wrote about it here.

For one thing, I still think we’d win under such a system, but Paglia was on the warpath. The one thing that has changed is that I don’t think Florida is on the verge of becoming a blue state after the past two elections there. What absolutely cannot be allowed, however, is for the next Democratic president, which hopefully won’t be for a long time, be allowed to pack the Supreme Court a la FDR.

But, that’s a backburner discussion. Right now, some 60-65,000 illegal aliens are being apprehended a month on average, 76,000 in February alone. We need a wall. We need border security, but Storm noted Conservative Review’s piece where over a million illegal aliens are just ignoring their final deportation notices. They’re just staying here. And if you combine those with notices and those with final orders pending, that figure soars past 2 million:

Recommended
The President Promises 'As a Biden' He Won't Raise Taxes, But What's Biden's Word Worth?
Spencer Brown

According to new data obtained by the Immigration Reform Law Institute (IRLI) via a FOIA request, there are 644,488 illegal aliens remaining in our country who have already been served final deportation orders. And those are just from the top four countries of origin – El Salvador, Guatemala, Honduras, and Mexico. The IRLI shared much more data with CR. The total number of illegal aliens who remain in the country despite final deportation orders is 1,009,550.

In addition, there are roughly 1.1 million others from those four counties who have “pending final orders” and are close to receiving deportation orders. Those with pending final orders are usually individuals who have already been ordered deported by immigration judges but are appealing their case to the Bureau of Immigration Appeals (BIA), the appellate body of the DOJ’s administrative immigration courts.

That is a total of 1.7 million illegal aliens from Mexico and Central America with final or near-final orders of deportation. Those numbers are as of June 2018, right before the largest surge in Central Americans began over that summer and intensified in the fall of 2018 and winter of 2019. The total number of those ordered deported or with pending deportation orders for nationals of all countries of origin is 2.55 million.

Folks, this is one of the major reasons why Trump won the primary and the 2016 election. Democrats have allowed federal immigration laws to be ignored, mocked, and denigrated. Not under Donald Trump.

In some company news, Salem Media Group has acquired PJ Media. So, be sure to follow Tyler O’Neil and Paula Bolyard who will be helming things over there.  Welcome to the Salem Empire, folks. On Thursday, we’re having a special Bob O’Rouke episode. See you then.

Share this on Facebook
Tweet
The President Promises 'As a Biden' He Won't Raise Taxes, But What's Biden's Word Worth?
Spencer Brown
Republican Governors Respond to Psaki's Dismissal of GOP Efforts on Border Crisis
Reagan McCarthy
Psaki Attempts to Explain Biden's Latest Insult of the Press
Katie Pavlich
MSNBC Host Complains Americans Are 'Obsessed with the Southern Border and Criminality’