Why Did The Southern Poverty Law Center Fire Its Co-Founder? 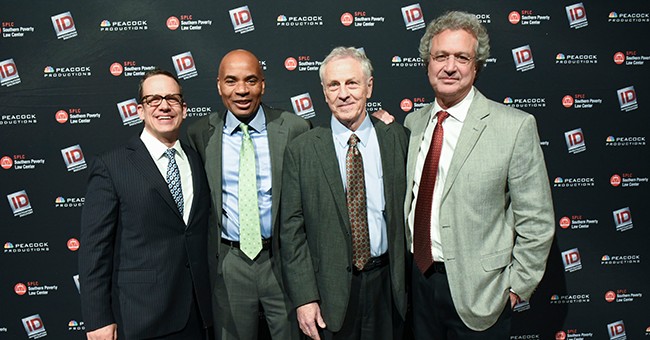 So, remember the Southern Poverty Law Center? You know the group who supposedly tracks hate groups, made a map of it, and some left-wing whack job used it to execute the shooting at the Family Research Council in 2013. An event that should’ve made the SPLC add itself to its list of hate groups. Don’t get me wrong; there are some legitimate racist organizations in their little database, but it's been expanded to include groups that advocate for socially conservative positions, like traditional marriage. The group has also had its trip-ups in the past. There’s a reason why SPLC has a credibility problem (via WaPo):

After years of smearing good people with false charges of bigotry, the Southern Poverty Law Center (SPLC) has finally been held to account. A former Islamic radical named Maajid Nawaz sued the center for including him in its bogus “Field Guide to Anti-Muslim Extremists,” and this week the SPLC agreed to pay him a $3.375 million settlement and issued a public apology.

The SPLC is a once-storied organization that did important work filing civil rights lawsuits against the Ku Klux Klan in the 1970s. But it has become a caricature of itself, labeling virtually anyone who does not fall in line with its left-wing ideology an “extremist” or “hate group.”

Nawaz is a case in point. Since abandoning Islamic radicalism, he has advised three British prime ministers and created the Quilliam Foundation, to fight extremism. He is not anti-Muslim. He is a Muslim and has argued that “Islam is a religion of peace.”

So how did he end up in the SPLC’s pseudo-guide to anti-Muslim bigots? His crime, apparently, is that he has become a leading critic of the radical Islamist ideology he once embraced. Thanks to his courage, the SPLC has been forced to pay a multimillion-dollar penalty and acknowledge in a statement that it was “wrong” and that Nawaz has “made valuable and important contributions to public discourse, including by promoting pluralism and condemning both anti-Muslim bigotry and Islamist extremism.”

In 2014, the SPLC placed Ben Carson — later a Republican presidential candidate and now the current secretary of housing and urban development — on its “extremist watch list,” alongside neo-Nazis and white supremacists. After an uproar, the group removed him and apologized.

The SPLC also lists Charles Murray, a colleague of mine at the American Enterprise Institute and one of the most respected conservative intellectuals in the United States, on its website as a “White Nationalist.” Last year, an angry mob of students, many citing the SPLC’s designation, physically attacked Murray during a speech at Middlebury College. He escaped unharmed, but the liberal professor who invited him ended up in the hospital.

Well, the SPLC has fired its co-founder. We don’t know why and they’ve avoided detailing the real reason. What we do know is that this is a work environment related problem. Something happened within this workplace that was serious enough for co-founder Morris Dees to be shown the exit. It was a “personnel issue” (via AP):

A statement by Richard Cohen, the president of the law center, said Dees’ employment had been terminated, but it did not give a specific reason.

“As a civil rights organization, the SPLC is committed to ensuring that the conduct of our staff reflects the mission of the organization and the values we hope to instill in the world. When one of our own fails to meet those standards, no matter his or her role in the organization, we take it seriously and must take appropriate action,” it said.

Reached by telephone, Dees said the matter involved a personnel issue but did not elaborate. He said he wished the center well.

The Washington Post has more from Cohen, and there was a past allegation of racism against Dees, though the SPLC says that was a non-factor in whatever transpired here:

In a Thursday statement, SPLC President Richard Cohen stressed the importance of “ensuring that the conduct of our staff reflects the mission of the organization and the values we hope to instill in the world.”

“When one of our own fails to meet those standards, no matter his or her role in the organization, we take it seriously and must take appropriate action,” Cohen wrote. The statement did not offer specifics on the circumstances behind Dees’s termination. When pressed for more details on the decision, a spokesman for SPLC said he couldn’t “comment on the details of individual personnel” and did not anticipate any further statements on the matter.

In its story on the firing, the Montgomery Advertiser cited its 1994 investigation into the nonprofit advocacy group, in which staffers accused Dees of being a racist and alleged “discriminatory treatment of black employees.” The SPLC denied claims of racism raised in the series, the Advertiser reported.

So, it wasn’t racism and there’s no evidence that a Me Too issue occurred, the latter of which has become the reason for many firings, leaves of absences, resignations, and in the case of Harvey Weinstein, an arrest over sexual assault. So, if it wasn’t any of that, what the hell happened? Make your own conclusions, folks, but the SPLC is trash. We all know it. Enjoy brainstorming.