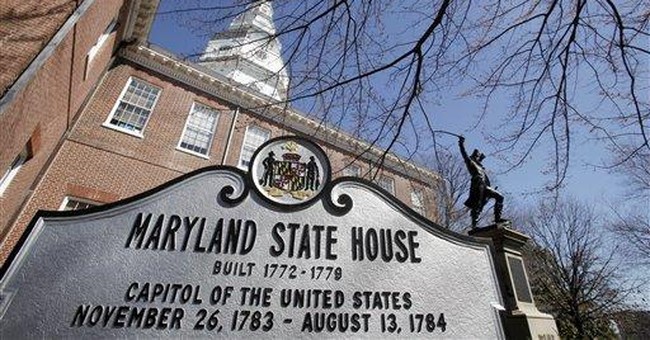 Maryland House Delegate Mary Ann Lisanti is becoming famous, but not in a way that she would like. She’s was caught dropping the N-word. She was censured by the state legislature yesterday for using such language and faced calls to resign from voters, Legislative Black Caucus, and Gov. Larry Hogan. She’s pulling a Ralph Northam. She’s not leaving, but that’s not even the worst part; she thinks she didn’t use a term that’s offensive to black Americans (via Baltimore Sun):

The House of Delegates censured Harford County Del. Mary Ann Lisanti on Thursday for her use of a racial slur, which members said “brought dishonor to the entire General Assembly of Maryland.”

After the vote, the Democrat said she would not resign, despite calls for her to do so by House leaders, the governor, the Legislative Black Caucus and constituents.

She also said she did not believe she had used an offensive term to describe African-Americans, although she acknowledged earlier in the week that she had done so. A reporter asked if she had said it, and Lisanti responded: “I do not believe I did, but I am still accepting responsibility.”

Lisanti said resigning would be “an easy way out” and not the right thing to do.

“I recognize that some have rushed to judgment without information and freely jumped on the bandwagon of condemnation — likely for their own political expediency,” Lisanti told reporters.

Lisanti came under fire this week after The Washington Post reported she used the racial slur during an after-hours gathering in January at an Annapolis bar. Lisanti told a fellow lawmaker that when he helped a candidate in Prince George’s County, he was knocking on doors in a “n— — district,” according to the report.

Across the river, Virginia’s Democratic Gov. Ralph Northam was caught with a racist photo in his 1984 yearbook, when he attended Eastern Virginia Medical School. It featured two people; one wearing blackface and the other donning full KKK attire. Northam had apologized, admitted to being in the photo, and then retracted his apology, said that wasn’t him, but he did wear blackface for a dance competition where he dressed as Michael Jackson. He’s also refused to resign. So, the Democratic Party, historically the party of the KKK, seems to have returned to its roots. They wear blackface, they dress as Klansman, and they drop the N-word. Oh, and they don’t resign because they’re Democrats…they can do whatever they want. We’re getting to the point where Democrats can never discuss or comment about race ever again, not with this parade of horribles over the past month.