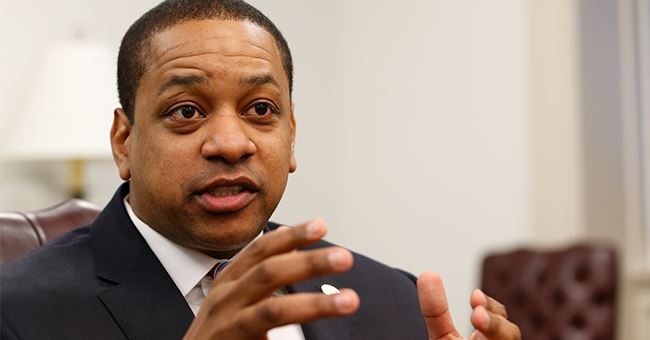 We have some House of Cards antics going on in Virginia. It’s getting heated and things could potentially get nasty. The Virginia Democratic Party has been fighting a two-front war, as Gov. Ralph Northam and Lt. Gov. Justin Fairfax both have been dealing with separate public relations disasters. Northam’s 1984 yearbook page contained a photo of two individuals in racist costumes from his days at Eastern Virginia Medical School. One person is donning a Klan outfit while the other is wearing blackface. Northam admitted he was in the photo last Friday night, then retracted the apology on Saturday, saying it wasn’t him in the photo, but that he had engaged in blackface while dressed as Michael Jackson for a dance competition in San Antonio. You can’t make this up.

NEW: An extraordinary day turns chaotic as Fairfax suggests Northam is behind "a smear" aimed at blocking his ascent to the governorship and recounts a sexual encounter with a woman he said was "very interested in me."

But she says it was assault >https://t.co/X9qPp1fmbV

Fairfax has been the subject of a sexual assault allegation that is uncorroborated and was known by The Washington Post, WUSA9, and other outlets but went unreported, as they couldn’t verify the story. In other words, the ethical practices that were not applied to Supreme Court Justice Brett Kavanaugh were exhibited here with Mr. Fairfax, a Democrat. This story mostly centered on media double standards and bias, an explicit showing that there are separate rules for when Republicans and Democrats are faced with similar accusations. And then, Mr. Fairfax said the incident he’s being accused of was a consensual encounter, and that the governor’s office may be behind it to bar him from becoming governor. Of course, Northam’s office denies this is happening, but the shots have already been fired inside the ship (via NYT):

Lt. Gov. Justin Fairfax of Virginia on Monday emphatically denied a woman’s claim that he sexually assaulted her in 2004, suggesting that Gov. Ralph Northam’s supporters were trying to block his ascent to the governorship at a moment Mr. Northam is besieged by demands that he resign over charges of racism.

“Does anybody think it’s any coincidence that on the eve of potentially my being elevated that that’s when this uncorroborated smear comes out?” Mr. Fairfax told reporters surrounding him in the rotunda of the state capitol about whether he believes Mr. Northam, a fellow Democrat, was behind the accusation coming to light. He offered no evidence tying the Northam camp to the allegation.

Just hours after the Washington Post published a story Monday outlining the woman’s allegation — that Mr. Fairfax assaulted her soon after they met in Boston at the Democratic National Convention — the lieutenant governor said that he and the woman had what he called “a 100 percent consensual” sexual encounter.

“We hit it off, she was very interested in me and so eventually, at one point, we ended up going to my hotel room,” said Mr. Fairfax, 39, recounting in a measured voice what he said happened in 2004.

Northam has faced calls to resign, some of which came from top Democrats at the state and national level. Former Virginia Gov. Terry McAuliffe also called on Northam to step down. Northam has refused to resign.