Did The West Wing Creator Call The New Class Of Democrats A Bunch Of Idiots? 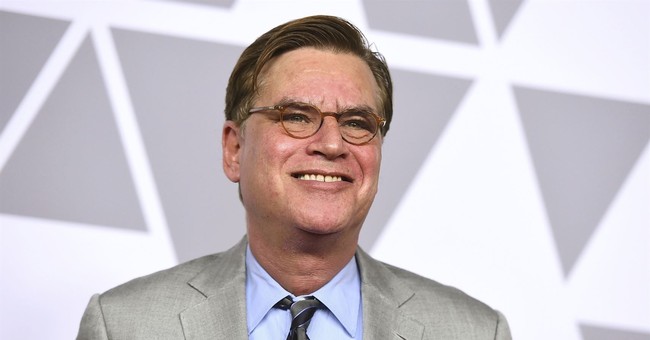 For the political and news junkies out there, you all know The West Wing. It’s one of screenwriter Aaron Sorkin’s signature shows that began in 1999 and ended in 2007. It’s sometimes derided as The Left Wing for the show’s liberal tilt. Yes, it’s about the fictional Democratic Bartlett administration working with a Republican Congress, which means very little gets done. While the show is well written and acted, the plotlines become increasingly ridiculous as the show progresses. In the show, American troops are deployed in the West Bank as peacekeepers and we invade an African country based on humanitarian interests; it was to stop genocide (think Clinton and Rwanda). Both plotlines for both would be dead in two seconds because no way these loony foreign adventures would get the votes. Look, I can go on and on about Sorkin’s show, but he definitely got under the skin of the Democratic Party’s far left, pretty much saying the new class needs to stop acting like idiots. The term he used was “young people,” but given how apoplectic some young people get in today’s politically correct cesspool, you get the point. Not only did Sorkin offend Rep. Alexandria Ocasio-Cortez (D-NY), who responded, some transgender activists felt slighted as well. Brace yourselves…the pitchforks and torches are coming (via The Hill):

"News Flash: Medicare for All & equal rights aren’t trends," 29-year-old Ocasio-Cortez, the youngest woman elected to the House, wrote in response to a video of Sorkin's interview.

"When people complain about low turnout in some demos, it’s not because communities are apathetic, it’s bc they don’t see you fighting for them," Ocasio-Cortez wrote. "If we don’t show up for people, why should you feel entitled to their vote?"

"I really like the new crop of young people who were just elected to Congress," Sorkin said during an interview with CNN's Fareed Zakaria. Ocasio-Cortez is currently the youngest member of Congress at 29. Sorkin then added, "They now need to stop acting like young people."

"It’s time to do that," said Sorkin, a longtime Democrat who created the popular show "The West Wing" about a Democratic administration. "I think there’s great opportunity here, now more than ever, for Democrats to be the non-stupid party."

Sorkin said he believes Democrats should say the party is "not just about transgender bathrooms, that that’s a Republican talking point they’re trying to distract you with."

Is Aaron Sorkin implying here that transgender rights are a distraction?" LGBTQ advocate Charlotte Clymer tweeted in response to the video of Sorkin. "Because it seems to me he's saying that."

When people complain about low turnout in some demos, it’s not because communities are apathetic, it’s bc they don’t see you fighting for them.

If we don’t show up for people, why should you feel entitled to their vote? https://t.co/oGRsG9NZV3

We have to endure two more years of this. Of course, Sorkin isn’t transphobic, homophobic, or whatever far left loons think he’s trying to project here, but I’ll let them claw at each other while the going is good. And for the record, yes, Medicare for All is a dumb idea. No one knows how to pay for it. It would economically ruin the country, and even if we tax everyone’s money, even those at the tippy tops, it wouldn’t be enough to have a solvent system. And to tax, everyone to death in order to give universal but sub-par health care within a financially unsustainable system seems pretty…stupid.