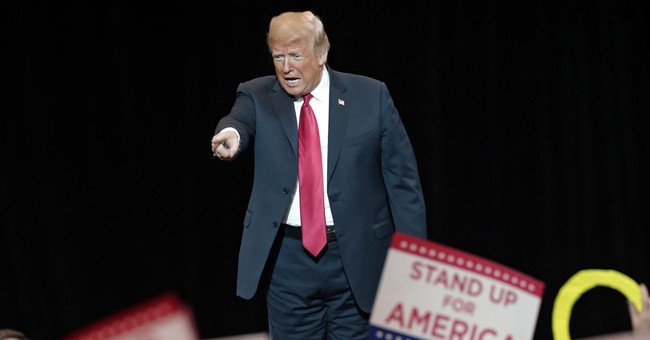 Donald Trump just infests the minds of the night hosts of CNN. Chris Cuomo and Don Lemon pretty much said it was racist that President Donald Trump suggested a liberal Democrat couldn’t fit in with deep red Mississippi’s electoral fabric. This wasn’t going to be Alabama-Roy Moore reloaded, liberal America. It just wasn’t. Sen. Cindy Hyde-Smith (R-MI), who beat Democrat Mike Espy in the runoff this week, isn’t the best candidate. In fact, she’s very much flawed, but she doesn’t have sexual misconduct allegations hanging around her neck in the way Moore did. Even when she made some dumb remarks about a public hanging, the race was still very much in the GOP’s court. She wasn’t going to lose. So, yeah—Donald Trump was right: a liberal Democrat can’t fit in with Mississippi’s red state identity. Cuomo looped in with Lemon later that night. The runoff was this past Tuesday (via Newsbusters):

In the middle of CNN’s Election Night coverage during Cuomo Prime Time, host Chris Cuomo turned to senior political reporter Nia-Malika Henderson and asked her if she saw Trump’s comment as purely racist. “Do you see this as just a left/right play, or was this an allusion to something else also known as color,” he instructed her.

At first, Henderson lamented: “Yeah, I mean, it's hard to give Donald Trump the benefit of the doubt in instances like this…” (Apparently, it was difficult not to mischaracterize what was actually said.) Though clearly reluctant, she did admit that “in this context, he was talking about the idea that Mike Espy is a Democrat.”

CUOMO: Now in fairness to me, there's more to that quote. If you look, you can see the President was struggling whether or not he really wanted to go somewhere. Remember who he's backing in Cindy Hyde-Smith, remember what she said in that election, what she refused to apologize for specifically., the fool that he backed in Virginia, what he did with Roy Moore in Alabama. This is a President who hasn't shied away from supporting people who support causes that are way too akin to bigotry that we've ever seen with a Republican in the modern era, a president back them.

So, was it just us-versus-them of politics or was it something else? Let's bring in D. Lemon about this. What did you hear there in terms of the reference to Mike Espy, by the way, born in Mississippi, family successful there, served in Congress there. Certainly, he fits into the state!

DON LEMON: I didn't hear anything. Come on, Chris! Are you kidding me? We got to stop pretending like, oh, no, they didn't -- that's exactly what he meant. And what's worse? That he didn't know what he was saying or that he did? I think they're equally as damaging. The fact that you can say it and you know it's a dog whistle, if it is, or, you know, it could just be a loud cry, or you're just ignorant of the facts.

So you got he didn't know what a nationalist was, right, by saying he was a nationalist. Didn't know the ramifications of that, didn’t know the history of that. Cindy Hyde-Smith saying I'd be on the front --

LEMON: Okay. She should know better than that, but it didn't mean that didn't mean anything. We don't want to monkey this race up down in Florida. Oh, okay. I didn't know what any of that means. Again, I go back to my original question. Is it worse that you know what it means or that you're in a position where you're going to be leading people in this country, and you don't know what it means? I think they're both equally as bad.

Ok, well, Republicans can live in San Francisco, but do they really fit in? The same goes for New York City and the rest of the liberal Northeast. The entire Acela Corridor is not an area where you’ll see strong conservative bastions; it’s all insufferable snobby liberal elites. Conservatives won’t fit in these areas, politically, but they sure as hell can live there. No one is barred from living in any part of this country due to political stances. They may be the odd person out, but whatever. If they decide to run, yes, they will probably lose—and lose heavily. A liberal Democrat isn’t going to represent Mississippi in my lifetime. Sen. Doug Jones (D-AL) is only there because the Republican nominee, Moore, was just that awful. Jones better be job-hunting come next year because he is not winning re-election, barring another round of the GOP shooting themselves in the foot by nominating someone terrible again. I live in the liberal northern Virginia suburbs. Politically, the people around here suck—and suck hard. I don’t fit in concerning the political fabric—it’s all Democrats here—but I can still live here. Let’s take it down a few notches, CNN. It wasn’t like this was a race.  If they really want to discuss things that are disconcerting with regards to race, look at the survey that shows white liberals dumbing themselves down when interacting with minoritiesbecause they think they’re incompetent. That’s pretty…racist.