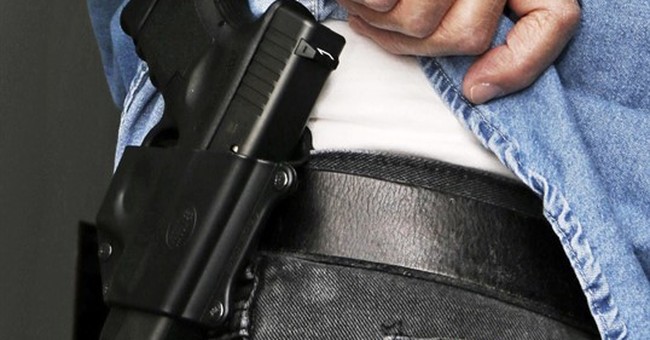 Well, as you would expect, concealed carry permits in Washington D.C. have spiked now that the cumbersome and possibly unconstitutional “good reason” provision has been gutted. The fight for carry rights in D.C. has been a years-long battle. The fight tilted in the favor of gun rights groups when in 2014, the courts ruled in the Palmer v. DC case that it was unconstitutional for the city to ban lawful residents from carrying their firearms outside of their homes. A 90-day stay was issued to allow the city council to draft a new ordinance accommodating the ruling. Of course, the new ordinance contained a “good reason” or justifiable need clause, meaning the city could arbitrarily reject concealed carry applications. It’s the same in many blue states.

In 2016, a federal judge ruled the clause was unconstitutional. D.C.’s attorney general’s office declined to challenge the ruling in the Supreme Court, knowing it was very possible that the conservative wing of the court could strike down other stringent anti-gun restrictions on the permit carrying process across the country. Alas, the gutting of the capital’s “good reason” provision and the ensuing 1440 percent spike in carry permit applications. Kerry Picket of the Daily Caller has more:

The number of Washington D.C. concealed carry permit holders skyrocketed a little over 1440 percent since the District lost a key legal battle related to its previous restrictive gun permitting process at the U.S. Court of Appeals for the District of Columbia last year.

The Metropolitan Police Department confirmed to The Daily Caller Tuesday that 1,896 concealed carry permits were issued by MPD for the calendar year to date 2018.

The new numbers of people wanting D.C. carry permits continue to rise as House Democrats announced last week their caucus will aggressively push for more gun control measures in the new Congress, where they will have a majority.

Let’s look at this in another way. Pro-gun rights groups have finally fought for carry rights to be recognized in every part of the country. Now, it’s about tearing down one anti-gun provision at a time. The fight goes on, folks.