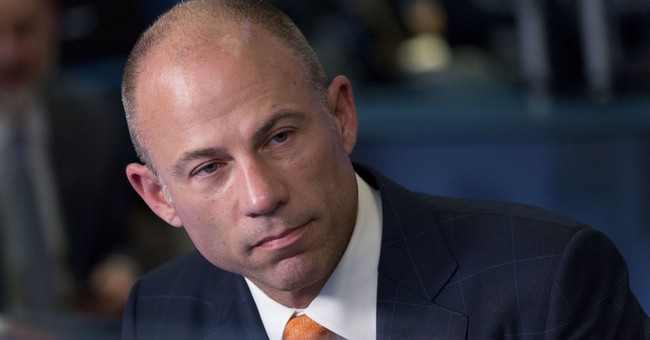 It’s snowing here in Washington D.C., but that’s not stopping us from doing an episode for y’all because last night was gold. Creepy porn lawyer Michael Avenatti was arrested on domestic violence charges. He says the charges are false, and that he’ll be exonerated. He was released on $50,000 bail. Reportedly, he alleges that the woman involved in this altercation hit him first. The irony of this situation is just delicious. He tried to ride the Me Too wave in an attempt to kill Judge Brett Kavanaugh’s Supreme Court nomination because he wants to fight back against Trump. He brought forward a total liar in Julie Swetnick, who alleges that Kavanaugh was part of a gang rape ring in high school without evidence. And now he’s embroiled in a Me Too situation. Do we believe all women, which is part of the rules of being an insufferable Democrat? Do we afford Avenatti due process, which is something denied Kavanaugh? Oh, and on top of this legal incident, he and Swetnick have been referred for criminal investigation for bringing forward their bogus claims before the Senate Judiciary Committee.

On the Hill, Nancy Pelosi’s bid for the speakership could be in trouble because a sizable swath of Never Nancy Democrats vows to oppose her. They need a candidate, however, and they don’t one have one yet. In the Senate, Sen. Jeff Flake (R-AZ), who cannot get the hell out of our lives soon enough, is blocking Trump’s judicial nominees unless the upper chamber votes on a bill protecting Robert Mueller and the DOJ’s probe into possible collusion between the Trump campaign and the Kremlin during the 2016 election. An investigation, mind you, that has failed to produce a single shred of evidence to corroborate such a claim.

We close by talking about a total creeper that has scared the hell out of a New Jersey family from moving into their dream home. Also, remember that homeless guy who had 14,000 people donate over $400,000 after he allegedly helped a woman get gas by giving her his last $20? Well, that GoFundMe campaign was a scam. The couple and the homeless dude lied. And they all got caught because the couple simply didn’t give the man his fair share of the prize. They almost got away with it.

We’ll see you next week.