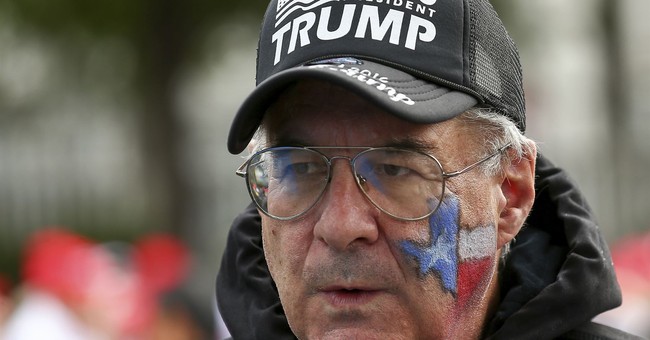 Yes, the 2018 elections are the ones dominating the headlines since we’re less than a week away from deciding who will control Congress. Will Democrats wrest back some control away from Republicans, who have controlled the House since 2010 and both chambers since 2014, or will the GOP hold the line, albeit with a smaller majority. For the Senate races, the GOP is in solid shape. They’ll probably maintain control; maybe increase their majority to 55 heading into the next Congress if the stars align so to speak. For the House, it’s either going to be a total Democratic takeover or a GOP majority in the single digits. In either case, divided government is very much a possibility. House Democrats will investigate nonstop trying to find something to impeach Trump. They’ll fail, as will their economic agenda, which Senate Majority Leader Mitch McConnell will block. High taxes and more regulations will be stomped out. The hysteria that will ensue, the rehashing of the character assassination campaign of Associate Justice Brett Kavanaugh will keep House Democrats busy, but provide perfect fodder for President Trump for 2020. The script writes itself for the president: ‘I’m working to keep our economy going and the Democrats want to obstruct, obstruct, and obstruct. They want to investigate nonsense and they’re keeping you from earning more money because they don’t want to be part of the team that’s rebuilding our great country. They’re total losers with no plan—none.’

Hammer that home, plus getting his consolidated base out against a weak sauce Democratic candidate—they have no one who can beat him—and Trump’s re-election is sealed. Democrats will probably have the same confidence they had heading into 2016. They think they will be able to get enough of the Democratic base to win (i.e. more women and non-white voters), and that they can slide into home plate. There’s one demographic that could blow up all their plans—and it’s one that Democrats have been losing on a consistent basis for many election cycles now: non-college educated white voters. Yes, the white vote, especially this slice of it, is still important. It’s still key. And they’re still powerful. If Trump cleans up with this demographic, not only will he win reelection, but also the majority of the popular vote and (obviously) secure more than enough Electoral College votes for another term in office. Imagine the meltdown; Trump winning the Electoral College and popular vote, plus anther four years—with a Republican Congress. It would be biblical.

Axios reported on the Brookings/Center for American Progress report on demographic shiftsin the Trump era and found that a slight increase in support—a mere five percentage points—could seal solid GOP wins in 2020. After that, the GOP could still win the presidency if they continue to have a solid hold with white voters without college degrees. And this demographics’ impact in national elections will continue to be impactful for years to come. So, you see, Democrats—the white working class still matters (via Axios) [emphasis mine]:

White voters without college degrees are a shrinking demographic group, but they're still big enough to have a lot of power, even as the overall voting population becomes more racially diverse. The women in this group aren't turning away from the Democrats in big numbers, but the men are — and that could have consequences down the road, if not in November.

If they shift another 5 percentage points toward Republicansand 5 points away from Democrats, the report found, Republicans would win the White House in 2020 with both the popular vote and the Electoral College.

In presidential elections after 2020, Republicans would lose the popular vote by bigger margins but still win the Electoral College.

If these voters moved back toward the Democrats, they'd win massive presidential victories in both the popular vote and the Electoral College.

The bottom line: Other demographic changes could favor the Democrats in the future, but this trend favors Republicans — and will be strong enough to matter for years to come.

The fallout is that more Democrats will dole out crap theories for why the Electoral College is easy. Talk sincerely about jobs, job creation, better trade deals, and root for the country and you can see how these people can flip. They’re swing voters. They voted for Bush. They voted for Obama. And they voted for Trump in 2016. Step away from the political correctness/social justice warrior ethos, and you could give the GOP heartburn in future elections. Of course, we hope they don’t do that—and given how snobby and insufferable the progressive and ascendant wing of the Democratic Party is, don’t expect Democrats to give a damn about rural, non-college educated voters. Those people are subhuman to the Left.