Go Back To Sleep, Kids: Only One-Third Of Millennials Say They're Definitely Going To Vote In 2018 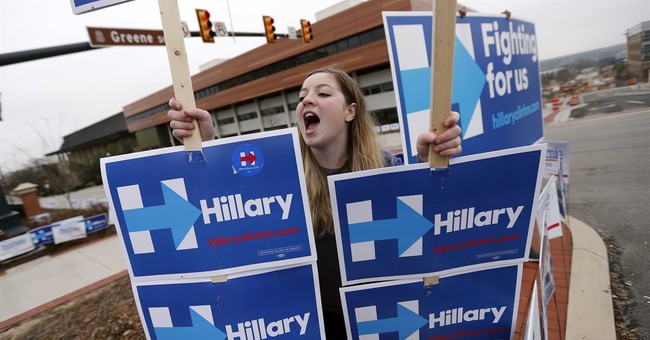 The 2018 elections are here—and Democrats think they’re going to run the table. Or at least, they think they think with the House races. The Senate map is a GOP lock. The House map is much, much more competitive, with at least 40 races showing things are neck-and-neck. To be specific, the Democratic voter advantage in these races is “statistically insignificant.”  A surge in young voters can help Democrats, but as NBC News found, no one seems stoked to vote. The news organization ventured into deep blue California—UC Irvine to be exact—and found that even young people were not enthused to vote. The campus is in a competitive district. Democrats could pick up this seat, but young voters were adamant: don’t count on us, Democrats. And the polling seems to confirm that sentiment. Only a third of millennials are definitely going to vote next Tuesday (via NBC News):

About a third of millennials say they will definitely vote next week, according to results from a new NBC News/GenForward survey of millennials ages 18 to 34.

Thirty-one percent of millennials say they will definitely vote in the midterms, a number that has remained steady since August.

Young voters will play an important role in the midterm elections, and while the survey found that a sizable third of millennials definitely plan to vote and an additional 26 percent say they’ll probably vote, about a quarter are still uncertain about whether they’ll vote. Another 19 percent say they will probably or definitely not vote.

Other findings from the survey indicate that millennial turnout may not be strong. Young voters are historically less likely to vote in midterm elections than presidential elections, and this year may not be an exception.

As for the 26 percent who say they’ll probably vote, take that as a Facebook invite. For those who dabble on that platform, 26 percent say they’ll probably vote; cut that number in half for the figure that’s actually going to vote. It might be lower, and a quarter is uncertain. Chalk that up into the not voting column as well. The truth is that there will be no youth voter surge and Democrats should brace for some disappointments. Yes, they’ll probably gain some seats, but I’m going to bet that the GOP holds the House, albeit by a VERY slim margin.