Is Mueller About To Subpoena Trump? 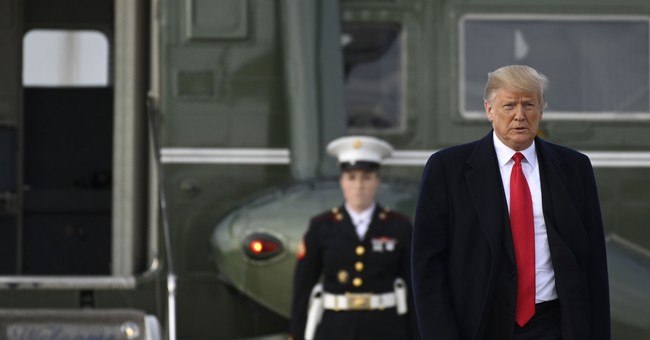 Special Counsel Robert Mueller’s investigation into possible Russia collusion has gone quiet. It hasn’t gone away, but the 2018 elections and the nasty fight over Brett Kavanaugh’s Supreme Court nomination buried it.

The investigation has served as a place of refuge for Democrats, still sour over their 2016 loss and lusting for something to turn up that could remove Donald Trump as president of the United States. So far, there’s been zero evidence to prove that the Trump campaign colluded with the Russians, though that hasn’t stopped the liberal media and the Democratic Party from pushing straight trash conspiracy theories stating otherwise. The Russian collusion story has spawned a rather nasty wave of Russophobia from the Left, who mocked Mitt Romney in 2012 for saying that Russia was our biggest geopolitical threat; Romney turned out to be right.

Nevertheless, that doesn’t mean that Mueller has stopped investigating. In fact, some think that he’s ready to subpoena the president. Nelson W. Cunningham, who was a federal prosecutor in the Southern District of New York under Rudy Giuliani, wrote in Politico that we shouldn’t be shocked if this happens. Then again, while there is a legal paper trail, we don’t know if any of these matters involve the president:

These months before the midterm elections are tough ones for all of us Mueller-watchers. As we expected, he has gone quiet in deference to longstanding Justice Department policy that prosecutors should not take actions that might affect pending elections. Whatever he is doing, he is doing quietly and even further from the public eye than usual.

But thanks to some careful reporting by Politico, which I have analyzed from my perspective as a former prosecutor, we might have stumbled upon How Robert Mueller Is Spending His Midterms: secretly litigating against President Donald Trump for the right to throw him in the grand jury.

…thanks to Politico’s reporting (backed up by the simple gumshoe move of sitting in the clerk’s office waiting to see who walks in and requests what file), we might know what Mueller has been up to: Since mid-August, he may have been locked in proceedings with Trump and his lawyers over a grand jury subpoena—in secret litigation that could tell us by December whether the president will testify before Mueller’s grand jury.

The evidence lies in obscure docket entries at the clerk’s office for the D.C. Circuit. Thanks to Politico’s Josh Gerstein and Darren Samuelsohn, we know that on August 16 (the day after Giuliani said he was almost finished with his memorandum, remember), a sealed grand jury case was initiated in the D.C. federal district court before Chief Judge Beryl A. Howell. We know that on September 19, Howell issued a ruling and five days later one of the parties appealed to the D.C. Circuit. And, thanks to Politico’s reporting, we know that the special counsel’s office is involved (because the reporter overheard a conversation in the clerk’s office). We can further deduce that the special counsel prevailed in the district court and that the presumptive grand jury witness has frantically appealed that order and sought special treatment from the judges of the D.C. Circuit—often referred to as the “second-most important court in the land.”

We cannot know, from the brief docket entries that are available to us in this sealed case, that the matter involves Trump. But we do know from Politico’s reporting that it involves the special counsel and that the action here was filed the day after Giuliani noted publicly, “[W]e’re pretty much finished with our memorandum opposing a subpoena.” We know that the district court had ruled in favor of the special counsel and against the witness; that the losing witness moved with alacrity and with authority; and that the judges have responded with accelerated rulings and briefing schedules. We know that Judge Katsas, Trump’s former counsel and nominee, has recused himself. And we know that this sealed legal matter will come to a head in the weeks just after the midterm elections.

If Mueller were going to subpoena the president—and there’s every reason why a careful and thorough prosecutor would want the central figure on the record on critical questions regarding his knowledge and intent—this is just the way we would expect him to do so. Quietly, expeditiously, and refusing to waste the lull in public action demanded by the midterm elections. It all fits.

We’ll see. We’ve heard time and time again about bombshells that will engulf this presidency from this investigation—and they’ve all yet to materialize. Most have been duds. And I think this will be another one. As with anything related to what is increasingly becoming whacko lefty theater regarding Russian collusion, take everything with a grain of salt, but keep this subpoena angle of this story on the back burner.