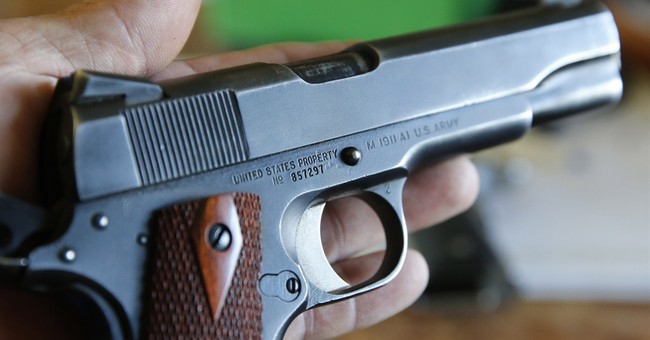 It’s the law. You can buy rifles and shotguns at 18, but for a handgun—it’s 21. It’s the same across most states. In the wake of the Marjory Stoneman Douglas High School shooting last February, some states—like Vermont and Florida—have increased the age limit for all gun sales to 21 years of age. The shooting, which left 17 people dead, spurred another intense wave of anti-gun activism, which has been mostly beaten back. Yet, the anti-gun movement did score some wins with these pieces of legislation, which effectively deprived law-abiding adults the right to bear arms. It’s unconstitutional and yes—that provision in Florida’s law has been challenged, though it’s a lawsuit that’s most likely going to take years to resolve.

In Virginia, a group of recent high school graduates and college students feel that the age limit for the purchasing of handguns at 21 is unconstitutional and are working to file a lawsuit to argue their case. University of Virginia student Tanner Hirschfeld is the lead plaintiff in the legal action against the Bureau of Alcohol, Tobacco, Firearms, and Explosives. They’ve established a donation page at Crowd Justice:

We are young adults in Virginia seeking to challenge the United States federal ban which infringes on our right to purchase common handguns and ammunition from federally licensed firearm dealers (FFLs). We are college students and recent high school graduates between the ages of 18-20 residing in Central Virginia. The federal laws currently allow us to purchase rifles and shotguns from FFLs, but not pistols. Several states are now passing legislation to raise the age to purchase these other firearms. We want to have the ability to purchase handguns, as they are the most traditional forms of self-defense, given their portability, size, and ease to which young men and women can be trained.

Our plaintiffs include local university students and recent high school graduates who are well versed in firearms training. We would rather not have to find family members or friends to purchase these firearms, especially because we want to avoid any sort of "straw man" purchase (which is understandably illegal). The current laws are overbroad, irrational, and have created a system with perverse incentives. We're already permitted to own these handguns but cannot purchase them through the more prevalent FFLs, which are regulated. Instead, we are left to a more scarce and unregulated private market where there are no background checks, no records, and no accountability. Meanwhile, we continue to have the ability to purchase higher-powered weapons such as shotguns and rifles from these FFLs. We want to be able to purchase and own pistols rather than be limited to the larger weapons which serve different purposes. The law must be struck down so we can defend ourselves.

We’ll see how this works out. On its face, however, I’m always willing to hear cases that could expand Second Amendment freedoms.