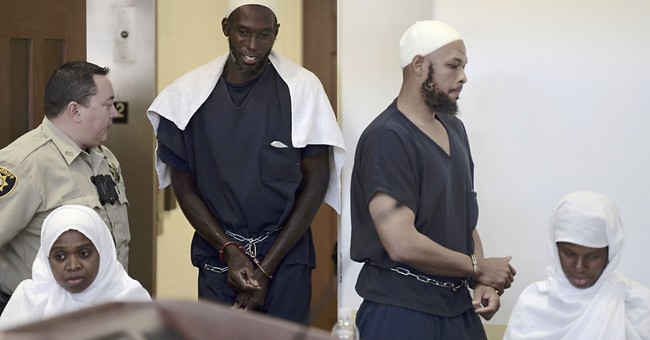 Earlier this month, authorities raided a compound in New Mexico, where five adults and 11 children were detained. The children were being trained to commit acts of terror, specifically school shootings and other targets that were considered corrupt. Siraj Wahhaj is one of the suspects, his father, same name, is one of the unindicted co-conspirators to the 1993 World Trade Center bombing. The living conditions for the children, three women, and another man on this compound were deplorable. There’s extensive evidence that this could be classified as a terror camp, but the judge in the case,Sarah Backus, felt differently; she set bail at $20,000 bondfor all of them, except Siraj. He was dealing with a kidnapping charge from Georgia. The body of a young child was discovered on the site; it’s reportedly Siraj’s young son who he abducted in Georgia. Now, child abuse resulting in death charges is being hurled at him as well.

Why the low bail?

It’s been reported that Judge Backus has a historyof setting low bail for violent offenders. One of them had lived in the U.S. illegally for nearly two decades, by the way. We also know where this group planned to attack: Atlanta’s Grady Memorial Hospital (via CNN):

A handwritten document titled "Phases of a Terrorist Attack." Talk of confronting and attacking "corrupt" institutions, including Atlanta's Grady Memorial Hospital. Jokes about dying in jihad. An underground stash of weapons and ammunition.

New court documents revealed these and other details in the case against five adults who lived in squalor with 11 starving children in a ramshackle New Mexico compound.

In a case infused with allegations of abuse and terrorism, prosecutors this week asked a judge to reconsider an order granting bond to all five adults arrested at the compound.

As part of the request, prosecutors on Friday cited not only the death of three-year-old Abdul-Ghani Wahhaj at the remote site but also plans by the defendants to attack law enforcement and "specific targets such as teachers, schools, banks and other 'corrupt' institutions."

The 13-page motion filed Friday said items found at the compound included the "Phases of a Terrorist Attack" document.

The handwritten document contained "instructions for 'The one-time terrorist,' instructions on the use of a 'choke point,' a location 'called the ideal attack site,' the 'ability to defend the safe haven,' the 'ability to escape-perimeter rings,' and 'sniper position detection procedure,'" according to the court filing.

Some of the children at the compound told police that Morten allegedly "stated he wished to die in Jihad, as a martyr," prosecutors said in the motion.

Yeah, these people are no threat at all—grant them bail. Can you hear the collective groans from the idiocy of that decision? Oh, and about the compound; well, it’s been “mysteriously destroyed” by authorities.