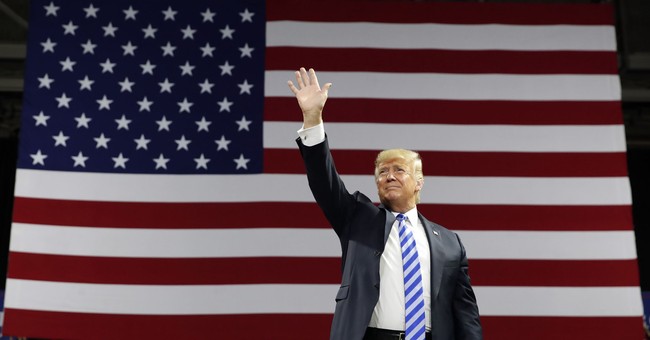 Oh my, Michael Cohen and Paul Manafort got ensnared in legal trouble. Manafort was convicted on eight counts of tax and bank fraud charges. Mr. Cohen entered a guilty plea to campaign finance violations. They’re closing in on Trump, right? Nope. Not even close. And please, let’s not dwell too much on campaign finance violations. This doesn’t prove Russian collusion. Manafort’s case was unrelated to such allegations. We knew he was shady, and I’m not shocked that his activities landed him into legal trouble. Still, these convictions, plea deals, and the president’s Twitter activity have done little to damage his base. They’re not going anywhere because he delivers results and he’s not a politician.

Salena Zito, who writes for The Washington Examiner and The New York Post, along with being a commentator for CNN, has been traveling rural America for years. Amassing tens of thousands of miles with these travels into small-town America, she saw the populist movement coming well before the elite media pundit class did. At times, she’s mocked for her coverage, but nothing beats on the ground reporting from the people who support this president from the very areas they congregate. Also, she’s been proven right. Right around the time the Tea Party movement was fading (it’s just the nature of the political cycle, folks—nothing against the Tea Party), she said a nameless, faceless, and leaderless neo-populist movement was brewing and up for grabs. Trump and the GOP were the ones who were able to seize the moment.

So, her latest piece details how the Cohen and Manafort news won’t shake his base. She reported from Zanesville, Ohio for this article, speaking to a suburban woman in her mid-40s:

She cannot abide anything he [President Trump] tweets, finds his speeches a stream of consciousness that is hard to unscramble and considers his morals in the gutter. She reluctantly voted for him and knows she will vote for him again, something she admits even surprises her.

Why does he hold her support?

She mentions the tax reform bill, the remaking of the judiciary, how he has repealed regulations that have improved the economic conditions in the state, both of his picks for the Supreme Court and his unflinching manner in taking on the establishment wings of both political parties as her reasons.

This new conservative populist coalition is not the fluke the political class hoped it was. Donald Trump did not cause it, he is just the result of it, so no matter what he does, it continues. It is predicated on them, not him.

The coalition is a strike at not just tone deafness in both Congress and the White House but also high levels of incompetence, negligence and shoddy performance at agencies, as well as inept social services, a bloated and incompetent bureaucracy, endless wars and multinational agreements and treaties that don’t benefit average people.

Right now the value of Trump to the Trump voter is he is all that stands between them and handing the keys to Washington back over to the people inside Washington. That’s it. He’s their only option. You’ve got to pick the insiders or him.

They also know that Trump has been married multiple times, and that he’s no altar boy. They don’t care. As Zito put it, “They were willing to look past all of that because of how institutions had failed their communities for three consecutive presidencies.” Nothing wrong here. I mean, liberals would probably not like it, but it’s your run-of-the-mill political column. Apparently, at Facebook, they had an issue, as the social media giant was reportedly banning this post. Larry O’Connor has more:

So this is interesting…@facebook took down my post of my reporting for the @nypost — I’ve received nine separate messages from readers telling me the same thing has happened to them. ‘sup @facebook ?https://t.co/dCwG9HQiJI

Per @facebook to one of several people who posted my @nypost story (including me) only to have it removed. I just attempted to re-post it, we shall see. pic.twitter.com/rob9eQsN99

Zito told the Washington Times that she never heard directly from Facebook after she discovered her post had “disappeared” but “after trying to contact them through several different ways, the story miraculously reappeared.”

Zito says at least seven readers independently reached out to her to tell her that Facebook had removed posts they had written using the link to her New York Post article.

The article in question relies on Zito’s first-hand interviews of Trump voters in several battleground states. She gauges their reasons for voting for Trump and their reaction to the recent stories that have captivated media outlets in Manhattan and DC

It’s probably just a coincidence, right? It’s another one of those coincidences where only conservative or right-leaning publications and users seem to be impacted.

Zito penned another piece on August 23 detailing the anomaly, along with Facebook’s reported silence over the matter:

Sometimes the removal was accompanied by a message from Facebook. “Spam” was the most common reason given, but a couple of people were told Facebook removed the post because “it did not follow our Community Standards.”

Immediately I went to my original post, which led to the link with this graph: “Right now the value of Trump to the Trump voter is he is all that stands between them and handing the keys to Washington back over to the people inside Washington. That’s it. He’s their only option. You’ve got to pick the insiders or him.”

First I politely published a public Tweet requesting some direction. No answer. I noticed that their Direct Message was open on Twitter so I asked in that format. No answer. Then I turned to their own page and asked through a series of confusing messaging options that appear to require a Ph.D. to access let alone find, still no answer.

Why Trump's supporters won't care about Cohen and Manafort's convictions

Ninety minutes after removing it, the article reappeared as if nothing ever happened.