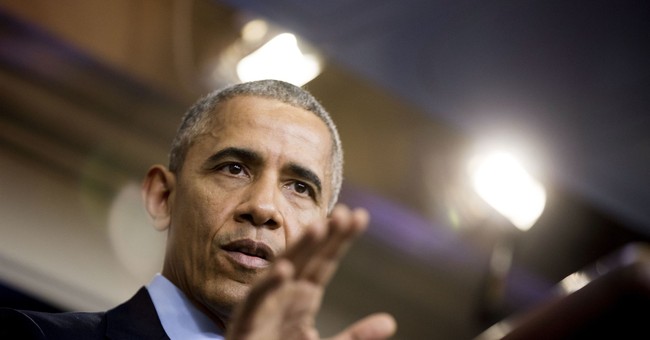 Former President Barack Obama is getting off the sidelines for the 2018 election, though it’s still to be determined how aggressive he will be in the coming months. George W. Bush made the honorable decision to not criticize his successor. Obama’s absence from the spotlight has caused some anxiety within Democratic circles, though it’s a double-edged sword, given that he’s a figure that also animates the conservative base and provides a great platform from which Republicans can fundraise and fill their respective war chests. Yet, the main theme at a Beverly Hills fundraiser for the Democratic National Committee, which was Obama’s first, was that the part needs to more or less quit their b*tching about Donald Trump and, you know—actually have a 2018 agenda that will win over voters. Obama said the venue was a mope-free zone, and that it was time for the Democrats to stop just being anti-Trump (via CNN):

Obama peppered his 45-minute appearance with subtle knocks for despondent Democrats, warning that it is not enough to lament Donald Trump's presidency or complain about the impact he is having on the country. Instead, a tie-less and visibly relaxed Obama urged Democrats to back up those concerns with action and avoid the belief that the party is bound to defeat Republicans in November.

"If what you are doing requires no sacrifice at all, then you can do more," Obama told the tony crowd at a sweeping multi-million-dollar Beverley Hills home. "If you are one of these folks who is watching cable news at your cocktail parties with your friends and you are saying 'civilization is collapsing' and you are nervous and worried, but that is not where you are putting all your time, energy and money, then either you don't actually think civilization is collapsing ... or you are not pushing yourself hard enough and I would push harder."

At one point, he turned to the crowd and declared, "Enough moping, this is a mope-free zone."

And the former President even suggested to the roughly 200 donors in attendance, who also enjoyed a performance from Christina Aguilera, that Democrats can't get fixated on the glitz and personality of politics.

But his tough love message to the party is likely not what those Democrats expected.

"I would caution us from extrapolating too much from a bunch of special elections and starting to think, 'OK, this will take care of itself,'" he said. "Because it won't."

At the same time, it’s a bit ironic—this Obama fundraiser. For starters, this gathering was held in a liberal bastion filled with limousine liberals. Second, this is the man who wrecked the Democratic Party. Over 1,000 Democratic congressional seats, governorships, and state legislature slots were lost under Obama. He did little to regain that ground and seemed apathetic to how critical these elections were to the health of the party. This is where the new talent is found. The GOP has grown to dominate these elections, especially as more rural voters become Republicans. Now, he’s saying it’s time to snap out of it and get into the trenches. Dude, you brought us here. At the same time, he’s right about over reading special election win and not moping as much, but he told Democrats to mope no more than a couple weeks after their 2016 defeat—and they didn’t listen.  (via The Hill):

President Obama says he told members of his team they can sulk over the defeat of Hillary Clinton for no longer than two weeks before the seek to turn those emotions into action.

In a conference call with Democratic National Committee (DNC) members, the president heaped praise on Clinton and her historic candidacy and said it’s understandable to mourn an unexpected loss to Donald Trump.

Obama added that Democrats must then dust themselves off to work on rebuilding their fractured party.

“We did not get the results we wanted, but we took a step in shattering a barrier that’s still there,” Obama said. “That doesn't mean we don't hurt or was an unexpected loss."

Hey, Obama can do what he wants—and I hope he gets more aggressive. It’s good business for the GOP. Clinton, Obama, Maxine Waters, Nancy Pelosi, etc. are just fundraising gold for Republicans.