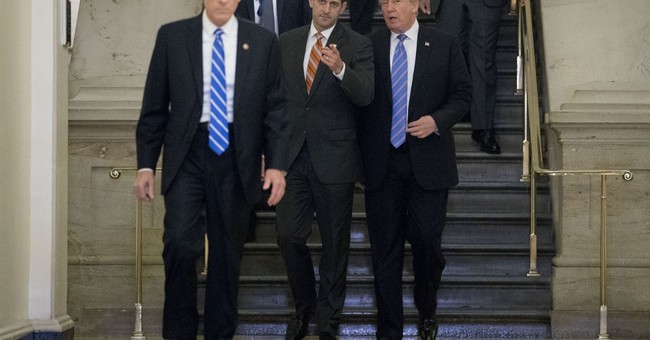 As expected, the more conservative House immigration bill, called Securing America’s Future Act, failed in a 193-231 vote. Also known as the Goodlatte bill, named after Rep. Bob Goodlatte (R-VA), the chair of the House Judiciary Committee, it offered three-year temporary protective status to those who have benefitted from the constitutionally questionable Deferred Action for Childhood Arrivals program under Obama. Unlike the GOP compromise bill, it would not offer an avenue for green cards and citizenship.

And the discharge petition — and a good deal of moderates leverage — is officially gone.

Bloomberg Government added “House leaders promised Freedom Caucus members a vote on the Goodlatte bill to secure their support for farm legislation, which was rejected in May over an unrelated immigration dispute.” That farm bill is also set to be voted on again this week.

Both the conservative and compromise bills weren’t expected to pass. You can read the differences between the bills here. The Trump White House said they would support either pieces of legislation; with the president assuring members of the GOP caucus Tuesday night that he would not leave them in the wilderness on this issue. These votes are part of a deal hatched to prevent a discharge petition, which would have allowed immigration votes to be held without going through the House leadership. You need 218 signatories to carry this out; this push in the House was only three shy of that goal.

On Wednesya evening, there were reports that the vote counts were not favorable for either bill.