Trump White House: Why Yes, We Support Both Immigration Bills That Offer Protections To DREAMers 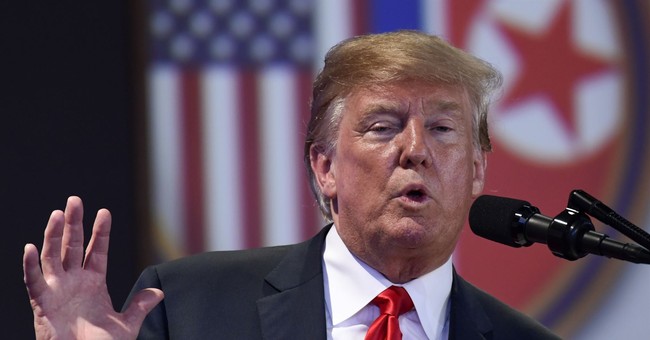 Moderate Republicans and their Democrat allies were a couple of votes shy from successfully executing their discharge petition, in which they could force votes on immigration without going through GOP leadership. Alas, that didn’t happen. Speaker Paul Ryan announced that a couple of immigration bills would be voted on next week: The Goodlatte bill, crafted by House Judiciary Committee chair Rep. Bob Goodlatte (R-VA), which is favored by the more conservative wing of the GOP, and one that was drafted by leadership; both pieces of legislation contain protections for so-called DREAMers. The Goodlatte bill does not offer a pathway to citizenship, however. Dreamers would have to reapply for temporary legal status every three years, according to McClatchy:

.@SpeakerRyan tells Republicans that he spoke to Trump abt his compromise DACA bill and the president is “excited.” Will he lean in the get conservatives to votes for this? Bc right now I’m not sure many will...

.@SpeakerRyan says this “compromise” DACA bill has a chance at becoming law — but will conservatives vote for it?

The House will finally vote on immigration legislation — with one bill that includes a plan to allow 1.8 million young immigrants who came to the U.S. as young children to obtain a path to citizenship and another that doesn't, Republicans said Tuesday.

The agreement to vote ends — at least for the moment — a war between House Republicans over how to tackle immigration reform.

One group, consisting of GOP lawmakers facing tough re-election fights, will get a vote next week on legislation that would provide a potential pathway to citizenship called a "special visa" for the people brought into the country illegally as minors, known as Dreamers. It would not force them to return to their home countries to apply for the special status.

In exchange for a path to citizenship in the compromise, conservatives received cuts to the diversity visa program, a lottery for prospective immigrants, and cuts to family-based migration. The plan would end the ability of immigrants to sponsor married adult children and adult siblings, but they would still be able to sponsor minor children and parents. The amount of new special visas will equal the amount cut from other visa programs.

The Goodlatte bill also includes those limits plus further limits to legal immigration.

The compromise also includes a guarantee of $25 billion for border security, the amount that President Donald Trump said he needs for a wall on the U.S.-Mexican border. The Goodlatte bill authorizes the border wall and other border security measures.

The compromise resulted from weeks of negotiations between Republican leadership, the conservative House Freedom Caucus and those pushing immigration reform such as Reps. Jeff Denham, R-Calif., and Carlos Curbelo, R-Fla.

There seems to be a decent chance that neither gop immigration bill will pass. Goodlatte too far right many, compromise too centrist for others.

With no Dems, rs cant afford too many defections.

Great, right? Well, that depends. None of these bills are expected to pass and without Democrats lifting a finger to help of course there can be no major foul-ups with the vote count. With such risk, why did the GOP decide to take this up? I understand the Democrats need 24 seats to flip and there are 23 moderate GOP lawmakers in districts with sizable Hispanic populations. These are the ones who sided with the Democrats, by the way, on this discharge business. How many promises has Trump kept in 500 days? How has the economy grown? What were the May job numbers? Well, we defeated ISIS, the economy is booming, jobs are being created, and wages are growing. We’ve met North Korea in a historic summit in Singapore. On the economy, there should be plenty to sell instead of delving into an issue that will divide the party like no other months before a critical midterm election cycle. The Democrats balked at legalizing 1.8 million people, one million more than they were asking for, in exchange for funding for a border wall last winter. That was a sign that no help was coming from them. This discharge petition was a clever way to force a vote on something that could give the GOP a leg cramp.

Still, it’s an action item for the Trump White House, and while the timing is poor—they’re going to back either bill should they move forward next week. This declaration of support came from immigration hardliner and the president’s senior adviser Stephen Miller (via The Hill):

“I think both the bills are being finalized right now but we strongly support what they're doing,” Miller told reporters after the meeting. “The White House supports the effort to arrive at a bill that will get 218 votes.”

The four pillars demanded by Trump are a pathway to citizenship for recipients of the Deferred Action for Childhood Arrivals program; increased border security including $25 billion for a wall on the Mexican border; the elimination of the visa lottery program; and limits on family-based immigration or “chain migration.”

The legislative text for the compromise bill is expected to be released in the coming days.

According to Speaker Ryan, Trump is reportedly “excited” about this effort, though Politico added that GOP leaders hope the White House can help convince conservatives to back their version of immigration reform:

House Republicans are looking to President Donald Trump to help them pass a GOP solution for Dreamers. But even if he weighs in, it’s unclear that the bill will make it across the finish line.

Conservatives have not committed to voting for the framework GOP leaders crafted after weeks of negotiation with moderate Republicans and the far right. The final details of the bill are still being worked out, and conservatives in the past few days have sought to secure additional enforcement boosts in the legislation — provisions that worry moderates and GOP leaders.

Still, Speaker Paul Ryan told his conference during a closed-door meeting Wednesday morning that Trump was “excited” about the prospects of passage. White House senior policy adviser Stephen Miller, an immigration hard-liner, came to the Hill on Wednesday afternoon and encouraged the 160 conservatives in the Republican Study Committee to support the bill.

Trump offered his support this afternoon, but will it be enough? The GOP risks torpedoing their momentum as we head into the 2018 cycle—and we need every GOP voter to come out come November because the Democrats are quite motivated. One way to kill the mood and force loyal GOP voters to stay home is passing an immigration bill at this time that's viewed as amnesty.