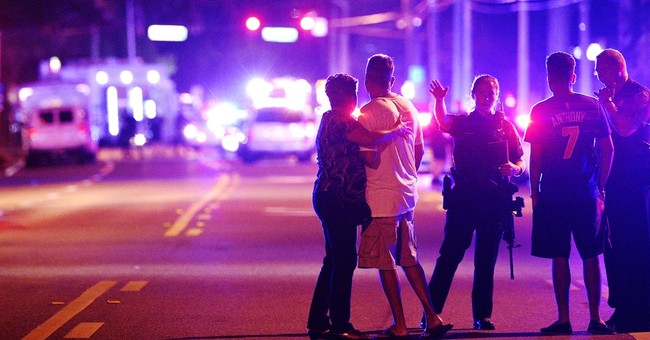 Noor Salman, the widow of Pulse Nightclub shooter Omar Mateen, is on trial for obstruction of justice and aiding and abetting her dead husband’s terrorist activities. Yet, there was a rather interesting tidbit that fell from the tree; Omar Mateen’s father, Seddique, was an FBI informant for 11 years. On top of that, the FBI had approached Omar prior to his June 2016 attack that left over 49 people dead and nearly 60 wounded. During the shooting on June 12, 2016, Mateen pledged allegiance to the Islamic State. Mateen was killed during the attack. The FBI agent who was in charge of handling Seddique interviewed Mateen three times and couldn’t find a tie to terrorism. He also said that Mateen made controversial remarks because he felt harassed at work; Mateen worked as a security guard. The agent, Juvenal Martin, even wired up Mateen’s manager at work to confirm what co-workers were saying about him, i.e. he’s a member of al-Qaeda etc., but he never made controversial remarks again. Now, Salman’s lawyers are asking to either have the case dismissed or have the judge declare a mistrial since the FBI never disclosed this information. The judge presiding over the case, Paul Byron, said he won’t rule on the motion right now (via Orlando Sentinel):

Pulse nightclub gunman Omar Mateen was considered by the FBI for development as a possible informant prior to carrying out the 2016 mass shooting, an agent testified today during the trial of Mateen’s widow, Noor Salman.

That revelation came hours after Salman’s defense filed a motion seeking to have the case dismissed or declared a mistrial due to information that Mateen’s father was an informant for the FBI for more than a decade and sent money out of the country in the months before the attack.

Jurors today heard from FBI Special Agent Juvenal Martin, who was responsible for overseeing Mateen's father, Seddique Mateen, as an informant after Martin transferred to the FBI’s Miami division in 2006.

Martin said he was also involved in investigating Omar Mateen, after co-workers at the security firm G4S reported in 2013 that Mateen had made comments about being connected to Al Qaeda, Hezbollah and the Muslim Brotherhood. Martin had Mateen’s supervisor wear a concealed recording device, but didn’t capture him making such statements again.

“It is apparent from the Government’s belated disclosure that Ms. Salman has been defending a case without a complete set of facts and evidence that the Government was required to disclose,” attorney Fritz Scheller argued in the court filing.

"I'm not going to address it right now,” he said. “It's gonna take too much time."

Mateen’s father, Seddique Mateen, was on the government’s witness list but was never called to testify. His wife, Shahla Mateen, testified. According to the newly filed motion, Seddique Mateen acted as an informant at various points in time between January 2005 and June 2016.

He also was found to have made money transfers to Turkey and Afghanistan during the period between March 16, 2016 and June 5, 2016 — a week before the Pulse attack.

Had Salman’s defense team known about those transfers, Scheller argued, they would have “investigated whether a tie existed between Seddique Mateen and his son, specifically whether Mateen’s father was involved in or had foreknowledge of the Pulse attack.”

That would be relevant to Salman’s defense, Scheller said, because the government has claimed she helped her husband concoct a cover story to tell his parents about where he was going the night prior to the early-morning mass shooting at Pulse.

If Seddique Mateen had “some level of foreknowledge” about his son’s plot, a cover story “would have been completely unnecessary,” the motion contends.

FBI Special Agent Juvenal Martin considered developing Omar Mateen into a confidential informant for the FBI after investigating him and not finding a tie to terrorism.

Martin was directly responsible for Mateen's father, Seddique, who was a confidential informant already when Martin transferred to the Miami division in 2006.

Some time after this, a sheriff's office contacted FBI about comments Omar Mateen was accused of making at his workplace. He was a security guard for G4S.

Co-workers said Omar Mateen made comments about being connected to Al Qaeda, Hezbollah and Muslim Brotherhood. He claimed he had familial ties to Al Qaeda.

Martin questioned Seddique who said during the Russian Invasion, some family fought for Afghanistan.

Seddique also told Martin there was a distant family connection on his wife’s side to the Fort Hood shooter, but Martin said he couldn’t verify.

Martin, with other law enforcement, interviewed Omar Mateen at his apartment three times.

Noor Salman was in the home all three times. The first two she went in and out of the common area where Omar Mateen was being interviewed.

The third time, she was therethe whole time, served refreshments and a baked good, Martin thought it was a cake. “It was very good by the way,” he testified.

During the first interview, Seddique showed up. Omar Mateen admitted making the statements, but Martin didn’t remember whether it was before or after his father arrived.

Omar Mateen said he made the comments because he felt harassed at work. Marin said he advised Omar Mateen go to his Human Resources department.

The father called Martin upset with his son, said something like “If he had done those things he was being stupid,” Martin testified.

This is part of a long history of controversial, embarrassing, and outright troubling events that have occurred at the FBI. Grabien News listed ten scandals that occurred under the tenure of James Comey that should give us some pause, namely that there possibly was an undercover FBI agent traveling with the the two assailants, Elton Simpson and Nadir Soof, who tried to carry out a shooting at the Curtis Culwell Center on May 3, 2015. It was in response to the Muhammad cartoon-drawing contest. The FBI had been monitoring Simpson for years and apparently knew an attack was coming, but did nothing. An FBI agent was reportedly right behind these two when shots were fired; local law enforcement took them out before they could enter the complex. Oh, and there were other folks who fell through the cracks as well. Remember Esteban Santiago who shot up a baggage claim area at Fort Lauderdale airport that killed five people in January of 2017 (via NBC News):

Esteban Santiago walked into an FBI office in Anchorage, Alaska with a loaded handgun magazine appearing "agitated" and reporting "terroristic thoughts," officials told reporters. He insisted that the CIA was forcing him to watch ISIS videos, the officials added.

The FBI passed him to local authorities, who took him to a mental health facility. The police took custody of his handgun, which was in his vehicle.

Four days later, he was freed. The police gave him his gun back.

That fact pattern has renewed calls from experts who believe the FBI needs to extend some greater level of scrutiny to people who appear threatening but whose actions do not merit a traditional criminal investigation.

The FBI has pushed back saying they can’t simply attack every crazy person who walks into their offices. Fair point; though some have suggested the FBI adopt how the Secret Service handles threats:

John Cohen, a Rutgers University professor and former counter terrorism coordinator at the Department of Homeland Security, has long argued that the FBI should borrow a page from the Secret Service, which regularly monitors and assesses people, including mentally disturbed people, who have voiced threats against the president and other protectees but whose actions have not reached the level of a crime. Agents will visit them in their homes, track their social media and otherwise seek to intervene with them, Cohen said.

If a person is deemed a risk but not a criminal, the Secret Service employs any number of strategies to prevent an attack, Cohen said, including facilitating mental health treatment.

Cohen argues that the Attorney General’s guidelines governing FBI criminal procedures, which require a finding of a crime or a threat to national security to move forward with a field investigation, should be expanded. A system should be put in place, he says, to refer potential threats to state and local authorities and mental health counseling, without losing track of them.

The bureau’s latest black eye is their failure to follow up on a January 5, 2018 tip about Nikolas Cruz, who would eventually kill 17 people at Marjory Stoneman Douglas High School in Parkland, Florida. Needless to say, and we’re not even delving into the alleged FISA abuses, it hasn’t been the FBI’s finest hours as of late.