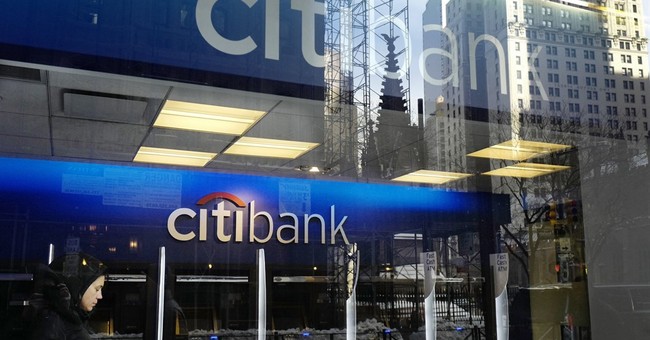 The war against the Second Amendment has many fronts. The media, the legislatures, and the ballot box—all are areas where anti-gun nonsense can be dredged up and disseminated. Now, on the financial institution front, Citigroup has told its clients that they will no longer do business with them if they sell firearms to Americans under the age of 21, those who haven’t passed a background check, and those who sell bump stocks and high capacity magazines. CEO Michael Corbat said this change was a long time coming, telling The New York Times that he’s an avid outdoorsman and gun owner. He called the move an exercise in common sense (via NYT):

Citigroup is setting restrictions on the sale of firearms by its business customers, making it the first Wall Street bank to take a stance in the divisive nationwide gun control debate.

The new policy, announced Thursday, prohibits the sale of firearms to customers who have not passed a background check or who are younger than 21. It also bars the sale of bump stocks and high-capacity magazines. It would apply to clients who offer credit cards backed by Citigroup or borrow money, use banking services or raise capital through the company.

The rules, which the company described as “common-sense measures,” echo similar restrictions established by some major retailers, like Walmart. But they also represent the boldest such move to emerge from the banking sector.

Citigroup said it does not have the technology nor the legal ability to monitor gun purchases at the payment processing level, but said that the industry is discussing the possibility.

Edward Skyler, an executive vice president at Citigroup who helped craft the policy, wrote in a blog post that the company’s announcement “will invite passion on both sides.” But he stressed that the policies are “not centered on an ideological mission to rid the world of firearms.”

The company said it would not enforce a specific deadline and instead hopes to have all of its clients on board with the gun restrictions within a few months.

The Times added that Goldman Sachs, JPMorgan Chase, U.S. Bank and Bank of America have not commented on whether they would follow suit concerning this agenda. So, it’s a backdoor ban, yes?

We can't strip Americans of their Second Amendment rights through legislation, but we’ll just cut off the credit lines that help keep this industry afloat. Liberals trying to sue the gun industry out of existence through lawsuits was another backdoor ban attempt until the 2005 Protection of Lawful Commerce In Arms Act that stated no lawsuit could be filed against a gun manufacturer whose product was unknowingly used in a crime. We can’t ban guns; we’ll just eviscerate the industry that makes them.

The barring of the sale of firearms to those under the age of 21 is also grossly unconstitutional. Florida passed a law that did just that, which sparked a lawsuit from the National Rifle Association.

The financial industry is gearing up for war with law-abiding gun owners and supporters of the Second Amendment and their businesses.

This passage is particularly ominous. Sure sounds like they want to pressure other financial institutions into instituting similar policies to deny consumers the right to purchase the legal protects Citi Bank doesn't like. pic.twitter.com/gY6ZAVPJ9o