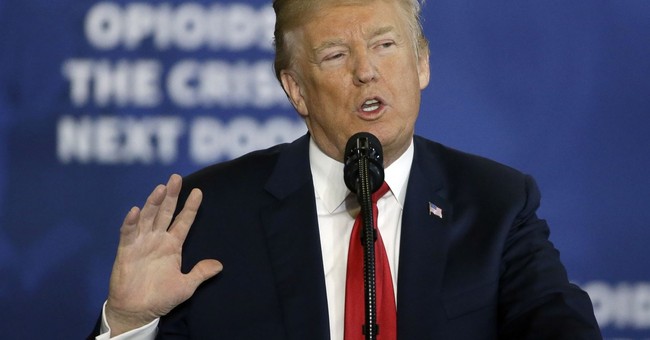 So, President Donald Trump is evil, a warmonger, mentally unstable, Mussolini, Hitler, and Franco. His inaugural speech, which was great, by the way—was “Hitlerian.” The man has been called almost everything in the book—and we thought the Left’s disdain for the Bush White House was bad. Now, we have a former Obama State Department official tossing out another absurd comparison by saying Nelson Mandela would compare the president to a “boorish” South African apartheid leader. At least we’ve moved away from Hitler (via Free Beacon):

MSNBC's "Morning Joe" co-host Willie Geist asked Stengel, who recently wrote a book about the South African leader, what Mandela would think of Trump should he be alive today. The former Obama official, who served as Under Secretary of State for Public Diplomacy and Public Affairs, compared Trump's policies to the formerly prevalent racist policies of South Africa.

"Trump is a tribal leader of a white nation, of people who are a little less educated, maybe making a little less income, older men. That is his tribe and that's who he represents," Stengel said. "He doesn't represent anybody else."

Stengel was the Under Secretary of State for Public Diplomacy and Public Affairs under Obama, a position now occupied by Heather Nauert, who also serves as the department’s spokesperson. Again, it seems more liberals are doing Hillary Clinton’s bidding, degrading and spitting in the faces of millions of Americans who voted for Donald Trump. I voted for Donald Trump. I plan to vote for him again in 2020—and the media’s nonsensical coverage of this administration is only pushing me further into the Trump camp. What does being white, less educated, and making less money have to do with anything? It’s a grotesque way of telling Americans, the vast majority of whom do not have higher education degrees that they’re less than. Yes, they may not make $100,000 a year. Again, most of the country does not—but these people were able to raise a family for generations off working class salaries. Is that so wrong? Somehow that goes against the grain of the coastal bias that’s inherent in the Democratic Party.

A party that says we’re tolerant, except if you vote for anyone else but us, you’re a bigot. We’re for the middle class until we vote against a bill giving you financial relief. We’re for working families, until we call you dumb for thinking those $1,000 or more bonuses given to you thanks to a Republican Congress aren’t worth anything. These are crumbs remember? We want an inclusive party, but we only accept people who are college educated, make $100,000 or more, are not white, and hate Trump.

There’s a reason why you guys lost in 2016. We’re tired of you people telling us what to do. I didn’t come from a working or middle class background. I was very, very comfortable growing up. Still, even then, I had liberals telling me that I was a default Democrat because I was Asian. You know which party and its members never thought it was their place to tell me how to act or behave as an American in my own country: The Republican Party.