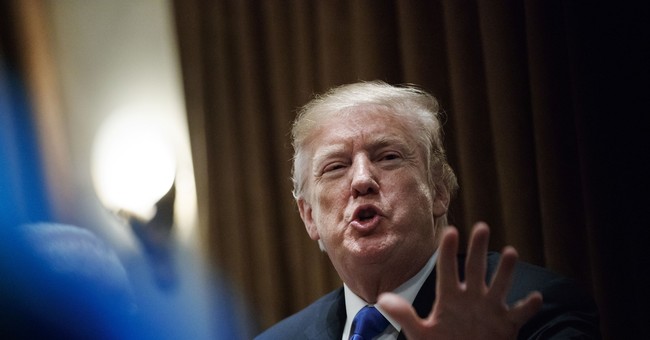 Donald Trump’s tax bill is so anti-middle class and so evil that Costco has decided to share the profits stemming from the legislation with its employees. This isn’t a one-time bonus, which has been mocked as crumbs by the left; the average bonus is $1,000. In some cases, companies have doled out $3,000. Over three million workers have benefitted from Trump’s tax bill, with over 250 companies announcing that they will not only hand down bonuses, but also reinvest back in the U.S and increase philanthropic giving.

Also, Costco says that the profit sharing with employees will be used to increase wages as well. How awful, right (via Seattle Times):

Many retailers have announced plans to spend their tax-cut windfalls on one-time employee bonuses or more enduring wage increases. As retail pay is boosted, Costco intends to keep compensation for its more than 239,000 workers ahead of the pack, executives said Wednesday as the company reported its quarterly results.

Costco’s tax benefit in its fiscal second quarter was $74 million or 17 cents a share. That helped the Issaquah-based retailer post $701 million in profit, $1.59 a share, and beat Wall Street analysts’ expectations. Costco sales and membership fees were up 10.8 percent to $33 billion in the quarter, which ended Feb. 18 and included most of the holiday shopping season.

The company’s effective tax rate for its fiscal second quarter, which straddled the calendar year, was 27.7 percent, said chief financial officer Richard Galanti in a conference call Wednesday afternoon. That’s down from 35.6 percent during the same quarter of its 2017 fiscal year.

The company plans to invest the tax savings in its employees, lowering prices, and other activities that he said will attract more customers and increase sales volumes, ultimately translating to greater profits.

The tax bill was not popular when it was passed and signed into law in December of 2017. Democrats had hoped it would be a political albatross around the GOP’s neck, but the bill has become more popular, clinching majority support in the latest New York Times/ SurveyMonkey poll. Axios polled ten states—W. Virginia, Indiana, Missouri, Montana, Ohio, N. Dakota, Wisconsin, Michigan, Florida, Pennsylvania—that have Democratic senators, some of which are key for the 2018 and 2020 elections, showing that half of the voters said the economy has improved in the past year. The same figure was found in an AP poll concerning approval of the tax bill, only Pennsylvania is split 49/49 disapproval to approval. The rest of the states saw a majority of voters supporting Trump’s tax bill.