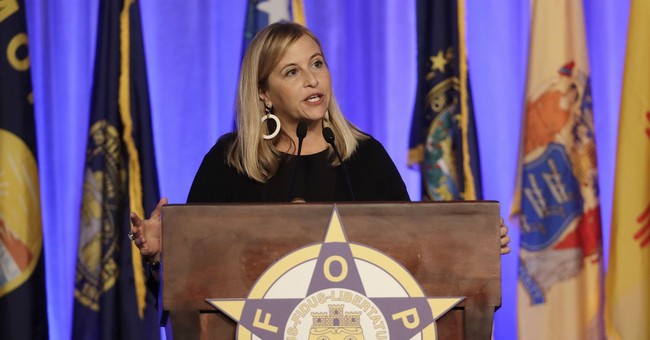 After disclosing that she had an extramarital affair with the head of her security detail, which included extended trips on the taxpayer dime, Nashville’s Democratic Mayor, Megan Barry, announced her resignation yesterday. Barry admitted to the affair with Sgt. Robert Forrest Jr. at the end of January, which included rather lurid details involving early-morning rendezvous in a city graveyard, along with nude photos discovered by the Tennessee’s Bureau of Investigation that reportedly are of the mayor, according to The New York Times. The publication added that Barry promised a world-class transit system and expanded rights for LGBT Americans. Instead, they got a sex scandal, with Barry and Forrest taking extended business trips alone at the taxpayer expense. Both pleaded guilty to theft of property. The now-former mayor did not address the criminal allegations lobbed against her, nor did she apologize for her felonious and unethical behavior. She previously assured the public that she had not committed any crimes during the affair (via Tennessean):

Barry, a Democrat and the first female mayor of Nashville, announced her resignation at a packed, hastily arranged morning news conference at the mayor's office.

The resignation, part of the plea agreement, went into effect at 5 p.m. It sent the city into uncharted territory as Vice Mayor David Briley was sworn in as Metro's eighth mayor during a brief ceremony at the Metro Courthouse.

Barry’s resignation came 34 days after admitting on Jan. 31 to a nearly two-year affair with former police Sgt. Rob Forrest Jr., whose retirement became effective the same day the mayor admitted to the affair. Davidson County District Attorney Glenn Funk requested the Tennessee Bureau of Investigation to investigate the next day.

At Funk's request Tuesday, the TBI closed its investigation, the agency said.

As part of her plea deal, Barry was sentenced to three years of unsupervised probation and agreed to reimburse the city $11,000 in unlawful expenses. She paid the money Tuesday. She also was booked into the jail and had her mug shot taken.

Forrest also pleaded guilty Tuesday to property theft and was sentenced to three years of probation. As part of his plea agreement, he's required to reimburse the city $45,000 paid to him as salary and/or overtime during times when he was not performing his duties as head of the mayor's security detail. Forrest has not yet paid the money.

While the mayor had denied violating any laws or policies, documents released by the city in the days after Barry’s admission detailed multiple potential problems.

Forrest was the only city employee on 10 taxpayer-funded trips with the mayor from the middle of 2016 through 2017 — a period in which they were having an affair.

The publication added that Barry is the first mayor to resign before the end of her first term in nearly 100 years. At the time she admitted the affair on January 31, Barry wanted to make sure her affair with Forrest didn’t “muddy” the waters of the Me Too movement:

Barry also addressed questions about the jump in overtime pay for her security detail by saying that accurately reflected her “aggressive” public schedule. In response to a question about the propriety of a relationship with a subordinate, Barry said she did not want the revelations to “muddy the #metoo movement.”

“The #metoo movement is about women who have been sexually harassed and economically disadvantaged for hundreds of years,” she said. “This is about two middle-aged, consenting adults who had feelings for each other and were human.”

Whatever the case, see ya, Barry.