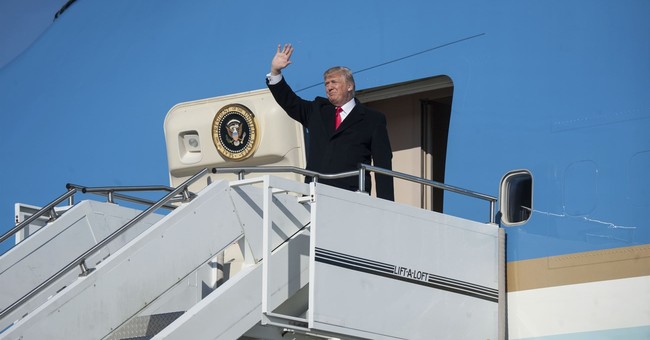 Well, the impeachment resolutions have been filed multiple times. So, I guess it makes sense that a censure motion would come around as well. The Black Congressional Caucus is leading the way, with 130 other House Democrats pushing for the measure. They want to censure the president over his remarks about immigration during negotiations between Democrats and Republicans on a permanent DACA fix. He asked why we are letting people from “s**thole counties” into the country. That sent the liberal media establishment into tantrum mode last week (via WaPo):

Led by the Congressional Black Caucus, about 130 House Democrats are backing a resolution to censure President Trump over remarks he made at a meeting over the fate of DACA recipients — remarks in which he suggested that the United States’ immigration policy should consider more applicants from nations such as Norway, and fewer from what he reportedly termed “shithole” countries.

If the Democrats do retake the House, and for now, it seems the wind is at their backs; then, watch out for New York Democrat Rep. Jerry Nadler (D-NY), a constitutional law scholar. He took Rep. John Conyers's (D-MI) spot on the House Judiciary Committee. Conyers resigned and left last year over sexual misconduct allegations. There’s no doubt that impeachment is being considered. At the very least, a fight between the Trump White House and a Democratic House is certainly seen as possible this year, and they’ll need someone, like Nadler, to quarterback their attacks against this White House. The censure probably won’t go anywhere, by the way. Still, it gives a bloody good show to the Resist bums, who want Democrats to oppose Trump on everything.