WaPo Editorial Board To Democrats: Help Trump Build The Wall 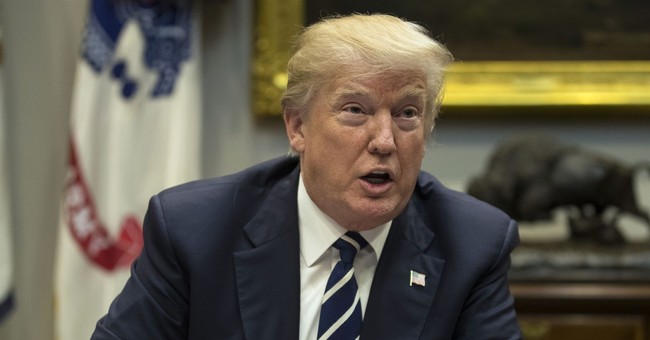 Rep. Jackie Speier (D-CA) said she was willing to vote for protections for DACA recipients in exchange for a border wall. Yes, a liberal Democrat from the deep-blue state of California said she was willing to compromise with a man the left wing of America views as anathema. Well, add The Washington Post editorial board to the list of people who think Democrats take the deal and build the wall. Granted, they think the wall is a dumb idea and they take a swipe at Trump’s ‘Mexico will pay for it’ remarks, but add that this is an opportunity that doesn’t come across the Hill often:

The wall is a dumb idea. It won’t do much to suppress illegal border crossings, which in any event have been falling for decades. And the additional border-security spending proposed by the administration, including thousands of new Border Patrol agents, is largely a waste. Rather than seriously addressing the opioid epidemic, or mounting cyberwarfare threats, or America’s crumbling infrastructure, the president wants to fortify a border where illegal crossings, as measured by Border Patrol apprehensions, are already at their lowest point since the Nixon administration.

But consider how rare it is that a dumb idea in Congress actually buys something smart in return. In this case, the return on that dumb idea would be huge. (And betting that the courts will save the dreamers is too risky, notwithstanding a federal judge’s ruling Tuesday freezing dreamers’ protections — for now.)

The wall’s $18 billion price tag would be spread over a decade. If a few billion dollars annually is the trade-off that provides certainty — a pathway to citizenship or permanent legal status — for nearly 700,000 young immigrants brought to this country as children by their parents, it’s worth it. Because the alternative — all those lives ruined, all those jobs lost, all that education and promise cut short — is much worse.

Democrats who choke on the wall, loath to hand Mr. Trump a political triumph, might ask themselves what other deals they might strike that would do so much tangible good, for so many people, so immediately — and at such a relatively modest price. The likely answer is: very few.

First, it’s not like Trump is going to throw infrastructure or the opioid epidemic in the trash. Second, take this op-ed for what it is; the liberal media admitting that this actually is not a bad idea. It possibly explains the begrudging attitude of the piece. Yeah, maybe Trump isn’t the moron liberals make him out to be. Americans want border security; it’s one of the reasons why Trump is in the White House. Even CNN’s Fareed Zakaria have noted the Democratic Party’s left wing stance on immigration is just not where the country is—and the slate of murders committed by illegal aliens have only made defending the Left’s immigration position, the abject abandonment of enforcing any immigration laws, as unpalatable to most of the country, with the exception of San Francisco and the rest of California.

Take out the mocking of the wall, the message is clear here: Democrats help Trump build the wall.