Trump Effect? The Dow Jones Made Its Biggest Annual Gain Ever This Year 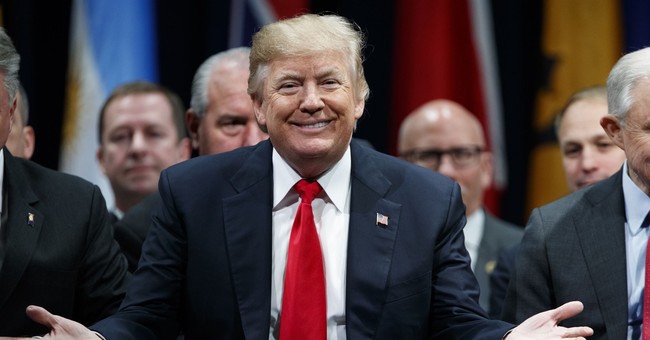 So, tax reform is in the bag. For at least eight years, 80 percent of Americans will be getting relief. It’s a middle class tax cut that every Democrat in Congress voted against. It will have benefits and they will have to explain why they wanted to not give voters tax relief and screw them out of more money in their pockets. That debate will happen soon. Yet, besides this extensive tax reform package, economic growth in the fourth quarter is at four percent, unemployment is at its lowest in nearly two decades, and consumer confidence is at a 17-year high. Donald Trump has created a better job-creating environment. Period. Oh yeah, those November numbers were solid too, with 228,000 jobs being created. And yet, the president gets no credit for it from the media. Little-by-little voters are starting to credit Trump, however.

Is another indicator of the Trump effect the Dow Jones average? It went up, up, up like never before this year, with a 5,000-point surge so far. It’s the biggest gain in its history—and it could go up even further (via CNBC):

The Dow Jones industrial average just did something it has never done in its 121-year history.

The 30-stock average is now up more than 5,000 points in a year, marking its biggest annual-points gain ever.

Jonathan Krinsky, chief market technician at MKM Partners, noted the spread between the Dow's price and its 200-day moving average — a key technical indicator — was about 13 percent. "It's getting a bit extended, but I think it has more room to run."

Merry Christmas, everyone; we’re on a roll.