Breaking Down The Media's War On Trump 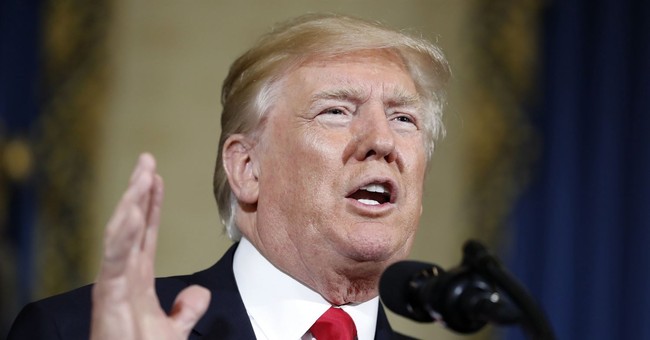 Yeah, the news media have been terrible in covering Donald Trump. In fact, it’s been downright embarrassing. CNN and ABC News have been horrible offenders on this front as of late. ABC News’ Brian Ross earned himself a four-week suspension without pay for peddling a shoddy report from one anonymous source that Donald Trump ordered Michael Flynn to make contact with the Russians during the 2016. In fact, this was done after the election when Trump was president-elect and was laying the groundwork for his incoming administration. The December 1 story sent the markets into a 350-point tailspin. At CNN, the network that was unable to get a simple coy feeding story right between President Trump and Japanese Prime Minister Shinzo Abe, stepped in it with a bogus Trump-Wikileaks story. The original report last Friday mentioned an email from Michael Erickson that contained a decryption key to scores of emails from the Democratic National Committee and Hillary Clinton campaign chair John Podesta. The insinuation was that this email was sent before the documents were made public. The problem is that they were; a day ago this document dump was public. Also, they got the dates wrong. The email was sent on September 14, not September 4. Two non-stories, but they served their purpose in keeping the Russian collusion narrative alive. A narrative that is quickly looking like a bunch of hot air, as zero evidence to suggest such collusion occurred between Russia and the Trump campaign.

Rich Noyes of Newsbusters, a division of the Media Research Center, broke down the media’s ongoing war with the Trump White House concerning ABC, NBC, and CBS. Are you surprised that 90 percent of the Big Three’s stories during September, October, and November have been negative against the Trump administration? (via Newsbusters) [emphasis mine]:

Most journalists seem to put the blame on the administration’s criticisms of the press, with CNN’s Chris Cilizza saying Press Secretary Sarah Sanders’ condemnations were “disheartening” and made him “angry.” A couple of weeks ago, disgraced ex-CBS anchor Dan Rather called the President’s attacks on the news media “disappointing.”

…as the Media Research Center has been documenting all year, the media have approached the Trump presidency with unrelenting hostility. Our latest numbers show that coverage of Trump on the ABC, CBS and NBC evening newscasts in September, October and November was more than 90 percent negative (our methodology counts only explicitly evaluative statements from reporters or non-partisan sources).

In September, there were just 31 pro-Trump statements on the Big Three vs. 359 negative. In October, the number of positive statements grew to 41, while the negative statements swelled to 435.

In November, there was somewhat less coverage of the President, as political journalists raced to cover the allegations against Alabama GOP Senate candidate Roy Moore, but the ratio remained essentially unchanged: 33 positive statements vs. 320 negative statements.

Add it all up, and coverage of Trump has been 91 percent negative during the past three months. Our study of news in June, July and August found an identical rate of 91% negative, which means TV news is unchanged in its hostility toward the President.

Hence, the reason why the media is seen as the opposition to die-hard Trump supporters.

If CNN’s repeated embarrassing mistakes aren’t related to obvious, near-cartoonish anti-Trump agenda, what would you say is the cause?