Well, It Looks Like California Democrats Have A Sexual Harassment Problem 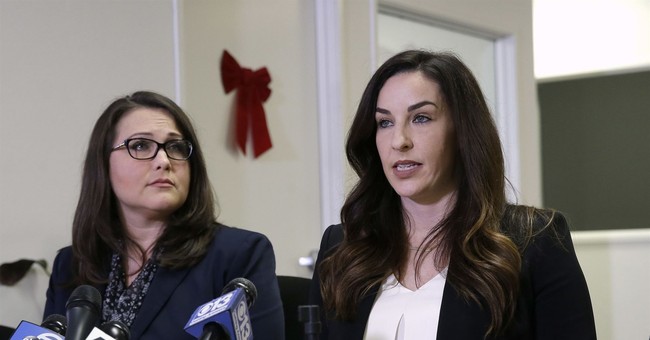 Well, it looks like the sexual harassment quake that’s rippled through various industries is taking another shot at the Democratic Party. This societal moment in which scores of women are coming out of hiding to detail their experiences with sexual harassment and abuse has taken down Hollywood moguls, Charlie Rose, Matt Lauer, Mark Halperin, and other big names in media. Roy Moore, the Republican Alabama Senate candidate, was a high-profile target for the Left. That’s been blunted after Sen. Al Franken (D-MN) and Rep. John Conyers (D-MI) faced sexual misconduct accusations; Conyers settled a claim in 2015 to the tune of $27,000 in taxpayer money. Yet, they’re liberal Democrats, so it’s a different standard. That’s their playbook. Conyers is retiring, but Franken is staying. Now, we have another Democrat, Assemblyman Matt Dababneh, from the deep, deep blue state of California who reportedly forced a woman into a bathroom and proceeded to masturbate in front of her (via LA Times):

Sacramento lobbyist Pamela Lopez has claimed that, in 2016, Democratic Assemblyman Matt Dababneh followed her into a bathroom, masturbated in front of her and urged her to touch him. Dababneh has strongly denied the allegation.

"It was Matt Dababneh," Lopez told The Times in a November interview.

Lopez jolted the California political world seven weeks ago when she first shared her account of an encounter in Las Vegas, joining more than 140 women as they denounced in an open letter a "pervasive" culture of sexual harassment and misconduct in the state Capitol.

Lopez had not publicly accused Dababneh until Monday, when she formally filed a complaint with the Assembly and named him at a news conference. The Times had been preparing a report on her accusations against Dababneh, and sought the assemblyman’s comment late last week.

Two women say California Assemblyman Matt Dababneh sexually harassed them, including one who claims the lawmaker accosted her in a bathroom during a Las Vegas party and masturbated in front of her.

“Matt Dababneh has abused his power to abuse women that work with him and that work for him,” Sacramento lobbyist Pamela Lopez told reporters during a news conference at her lobbying firm near the state Capitol on Monday.

In a letter submitted Monday to Assembly Rules Committee Chairman Ken Cooley — and again at Monday’s news conference — Lopez describes an incident where Dababneh, a Los Angeles County Democrat, followed her into a restroom at a wedding celebration at a Las Vegas hotel in January 2016.

A second woman, Jessica Yas Barker, joined Lopez at Monday’s news conference. She said Dababneh sexually harassed her when they worked for Rep. Brad Sherman (D-California). Dababneh was Sherman’s district director before being elected to the Assembly in a 2013 special election.

Barker began that job in 2008 at the age of 26 . She says her year-and-a-half there “was a constant reminder from Matt Dababneh that women were subordinate to him — in all ways.”

She says his behavior varied “from comments joking about the glass ceiling that we all have to contend with, to disparaging my clothing, calling me Ellen, telling me not to dress like such a lesbian.

“At events or fundraisers, he would eye up women in the room and talk about his conquests — who he’d slept with, who wanted to sleep with him,” Barker added. “And back at the office, he would open his top desk drawer to reveal a storage of condoms. And once he was certain that I had gotten a view of it, he would make a joke or smirk about it and make comments.”

No direct response from assemblyman @MattDababneh yet but his attorneys sent this letter to his accuser that states “Mr. Dababneh unequivocally denies the occurrence of the incident of sexual harassment...” @FOX40 pic.twitter.com/g9WOo7o8Lb