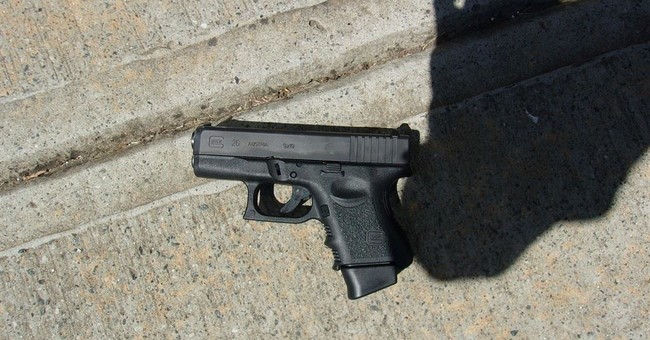 Well, this is a wild story, albeit a local one, coming from Missouri. A top fundraiser for the Democratic Party has been arrested and charged with a racially motivated gun crime. Matthew Lieberman is accused of drawing a handgun at two locations, firing shots, and shouting racial epithets. The St. Louis Post-Dispatch reported that surveillance footage captured Lieberman with a firearm, along with shell casings at the scene that matched those found in his car. He was arrested on November 29. His bail has been set at $250,000 (via St. Louis Post-Dispatch):

Lieberman pointed a handgun at someone at the Amoco gas station on Skinker Boulevard and Highway 40 (Interstate 64) while using racial epithets just after 11 p.m. Tuesday, according to court documents. He then allegedly fired multiple shots at the building from his car.

In court documents, investigators said surveillance footage showed Lieberman with the gun, and bullet casings at the scene matched the make and model of bullet casings found in Lieberman’s car.

Less than 15 minutes later, Lieberman was at the Jack in the Box on Hampton Avenue, shouting racial epithets at maintenance workers, according to court documents. He fired a gun several times from a Mercedes sedan, the documents say.

Lieberman, 38, was arrested Wednesday and now faces charges of unlawful use of a weapon and armed criminal action. One weapons charge includes a hate crime enhancement, with officers reporting that Lieberman’s “conduct and use of epithets indicate his actions to be motivated by race.”