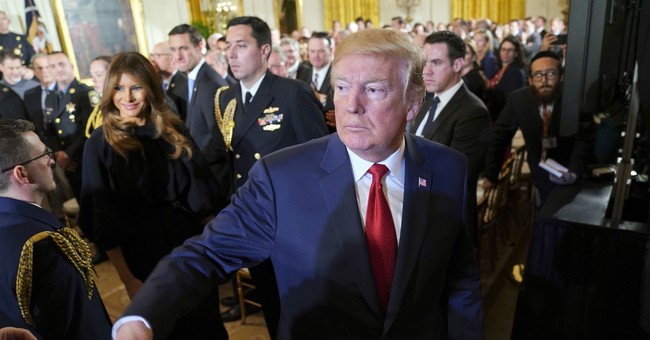 The Trump dossier was one of the topics of the discussion this week. We found out that Marc Elias, a lawyer with the Hillary Clinton campaign and the Democratic National Committee, hired research firm Fusion GPS who then hired former MI6 operative Christopher Steele to collect information on Donald Trump. Only the Democrats funded this operation. Even The Washington Post admitted this—while former Bush aide Ari Fleischer added that this could be construed as collusion; a Democratic campaign went overseas to gather information on an opponent, and the Democrats paid him after receiving information from the Russians. The Washington Free Beacon was revealed to have been the original funder of the opposition research against Trump, though none of the information the Free Beacon obtained appeared in the Steele dossier; all of it was collected from public sources. Also, they wanted opposition research from multiple GOP presidential candidates, not just Trump.  It looks like they didn’t do anything wrong, but we’ll revisit that in a later post.

As for CNN’s coverage of the dossier, they should have probably mentioned that one of their reporters has very close ties to Fusion GPS. The Daily Caller has more:

CNN’s reporting on the dossier, led by justice correspondent Evan Perez, has been favorable to the firm, Fusion GPS, and hyped the dossier’s credibility. Left out of Perez’s reporting, which has relied largely on unnamed sources, is his personal closeness to Fusion GPS’ operatives. Fusion has repeatedly been described in Senate testimonies as a smear-for-hire operation that manufactures misleading or false media narratives for its clients.

Glenn Simpson, the Fusion co-founder most often associated with the dossier, is used to working on stories with Perez. As reporters at the Journal, Perez and Simpson regularly co-authored stories on national security.

At no point in Perez’s reporting did he disclose his close ties to the Fusion GPS operatives.

The Wall Street Journal’s editorial board sounded the alarm about its former reporters in a remarkable editorial earlier this month, accusing Beltway media of being complicit in a coverup with Fusion. “Americans don’t need a Justice Department coverup abetted by Glenn Simpson’s media buddies,” the editors wrote in a scathing takedown of the firm.

CNN’s coverage of the dossier has been relatively soft. CNN anchor Jake Tapper, usually known for his aggressive coverage, gave Fusion a pass while reporting on the story Wednesday evening.

During a segment on his show, he asserted that “some of the details [of the dossier] have been proven accurate.” But the newsman failed to mention reporting he did back in January that called the dossier’s credibility into question.

On Jan. 10, the day that BuzzFeed published the dossier, Tapper cited a government source who told him that a key claim in the dossier about Trump’s lawyer, Michael Cohen, was false.

Well, Evan Perez’s connections probably should have been disclosed, no? Take what you will from this. It’s just interesting how this whole Russia collusion story has simply fallen apart. The crosshairs are not solely locked in on the Trump White House. It’s now equally on the Clintons, the DNC, and now CNN, apparently. The dossier is unverified, and now that we know this was solely a Democratic-funded effort—this whole theory that Trump campaign officials colluded with the Russians to tilt the 2016 election is even shakier. There was already zero evidence to suggest there was collusion, even after months of investigating by Congress. Those investigations are ongoing , but the fact remains that there is still zero evidence to suggest Trump campaign officials colluded with the Russians.