Nothing To See Here: The New Orleans DA Just Might Be Issuing Fake Subpoenas To Coerce Witnesses 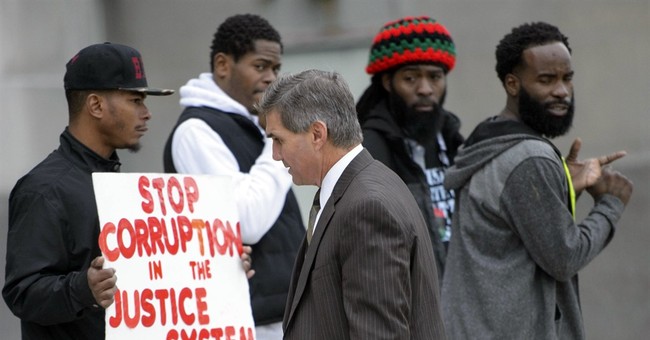 Via Reason’s C.J. Ciaramella we have this rather sordid story of possible malfeasance coming out of Louisiana, where the New Orleans District Attorney’s office seems to have gone off the rails when it came to doling out subpoenas. Well, to start, they’ve been issuing fake ones to reportedly coerce witness testimony. One woman was a jailed for five days for ignoring two bogus subpoenas; the woman is now part of a lawsuit against the district attorney’s office.  The American Civil Liberties Union is often at odds with the conservative moment. In this instance, they’re right. This is ridiculous:

When New Orleans accountant Renata Singleton, 37, appeared in court after spending five days in jail on a $100,000 bond, she was wearing an orange jumpsuit and shackled at her hands and feet. Singleton was not on trial, though. She was a crime victim.

Singelton is one of several named plaintiffs in a lawsuit filed today against Orleans Parish District Attorney Leon Cannizzaro's office for using fake subpoenas to coerce witnesses and crime victims into testifying. The suit was filed by the ACLU and Civil Rights Corps, on behalf of six New Orleans residents subjected to such tactics and Silence is Violence, a local anti-violence advocacy group.

"I'm a longtime crime defense lawyer whose worked all over the country, and I've never seen anything like this in my career," Anna Arceneaux, an ACLU senior staff attorney on the case, says. "The process in Louisiana is very specific and mentions the reason for court oversight: to prevent prosecutorial abuse. Cannizzaro's office completely sidestepped that procedure and created its own system of coercing witness testimony and compelling people to attend private meetings in their office."

Arceneaux says in many of those cases, prosecutors used witnesses refusal to comply with fraudulent subpoenas as justification for imprisonment.

Cannizzaro's office also sought exorbitant bonds, sometimes up to $500,000, or no bond at all to keep witnesses in custody. Jailed witnesses then had to languish behind bars for long periods before they could even appear in court to challenge their imprisonment.