At The Edge Of PA, A Republican Upset Could Be Brewing 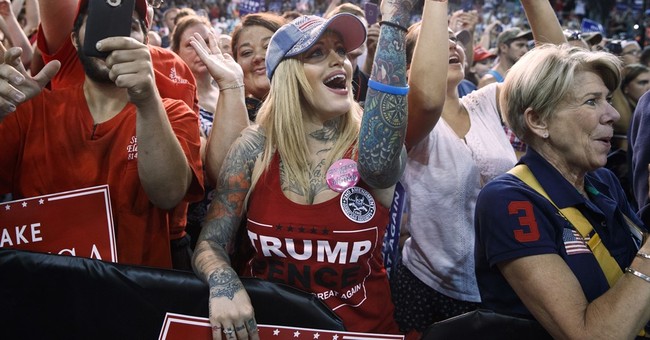 The 2016 election was one of the biggest upsets in American political history—one could argue the biggest upset. Some of us missed it, while others could see the neo-populist wave coming from miles away. The Washington Examiner and NY Post’s Salena Zito is one of those people. She has a front row seat given that she lives in Western Pennsylvania, the gateway into Trump country. At the time, she said the vestiges of this movement were leaderless, faceless, and could go either way concerning aligning themselves with the GOP or the Democrats. Donald Trump apparently filled that void. For all the talk about Trump being poison to the GOP brand, the party retained control of Congress and expanded their gubernatorial and state legislature reach. Zito noted how the GOP has been resurrected in New England, where Republicans were all but wiped out after Obama came onto the scene. Now, she writes about how Erie, PA could be the next Democratic bastion that could have a Republican mayor, the first since 1961.

There is no polling from either campaign, but Zito added that they’re keeping track of the data from their voter outreach and both sides concede this race is close; a rather unsettling thing for Democrats who hold a three-to-one advantage here.

John Persinger is the Republican candidate. Joe Schember is the Democrat, who is described by Zito as “one of the nicest guys in the world,” who has served the surrounding community for 40 years. Persinger and Schember are also neighbors. In 2016, Erie County broke went Republican, but the Trump train seemed to have been stopped just outside the city. Maybe Persinger is the one who can buck the trend. For some Democrats, they’re already made up their minds—they’re voting Persinger:

Persinger is forward-thinking and energetic; he drives around in a mobile campaign office (a 22-year-old converted RV) with his name and photo shrink-wrapped around the entire vehicle. He visits neighborhoods, churches, community centers, mosques, synagogues and knocks on doors where no Democratic or Republican mayoral candidate has been for decades, especially in the African-American and Hispanic communities.

And he listens. It is a trait that has not gone unnoticed in the black communities who for years have had their votes taken for granted by the Democrats and ignored by the Republicans.

Just ask Steve McLallen, who got a visit from Persinger earlier this year. “Hey, I just want to let you know I appreciate your willingness to come and listen to our concerns,” McLallen told Persinger as he shook hands with the GOP candidate. “You have made an impression and impact on me, not just by traveling to our neighborhoods or where we work, but actually asking us what we need.”

A longtime Democrat, McLallen said he is voting for Persinger.

Jim Baer, meanwhile, is looking for new blood in the mayor’s office. A welder at Fralo, he’s a Democrat who did not vote for Clinton or Trump but is tired of the same old politics. “Look, we tried the old ways; we have had nothing but Democrats running this city and managing the decline. It is time to place someone young with different ideas and the willingness to listen in charge,” he said.

Recently both men outlined their economic proposals, according to Erie Times News. While Schember wants community meetings, outreach initiatives, and a massive infrastructure overhaul, he wants to expand government by creating three new jobs. Persinger noted that he doesn’t want to be a hands-off mayor, disagreeing with Schember that the city even needs a city planner, a grant writer, and a business development officer. He wants a complete analytical layout of the city’s businesses to see which outside companies could be a good fit. The publication added that Persinger noted how local businesses don’t even hear a pin drop from city hall, noting the disconnect between the city and the people.