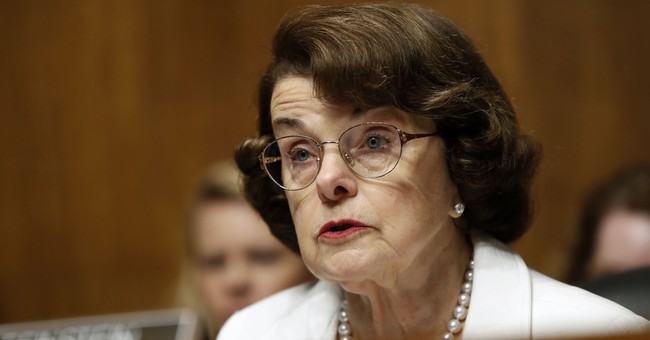 On October 1, 2017, 64-year-old Stephen Paddock, with 23 firearms in his 32nd floor suite at the Mandalay Bay hotel, opened fire on the 22,000 attendees below who were enjoying the final night of the Route 91 Harvest music festival. He killed 58 people and wounded almost 500 more. It should be a time when the nation comes together to mourn the victims and their families, but Democrats have decided to use this shooting as yet another time to mount another offensive on gun control. Expanded background checks, a ban on so-called bump stocks that increase the rate of fire of a semiautomatic weapon (it does not convert it into an automatic!), or increasing the age of gun ownership. It’s quite clear that none of the proposals on the Democratic agenda would stop mass shootings. The New York Times’ Nicholas Kristof’s column encapsulated the ‘do a lot of stuff that will do absolutely nothing’ approach. He went on about background checks, smart gun technology, safe storage, etc.—it’s all about the cumulative effect. It’s all crap—and voters know it. They also know the Democratic agenda on guns ends with bans and confiscation. Passing more background checks or even little things, like this bump stock ban, is one step closer to making that argument legitimate. It’s the road to the end of the Second Amendment.

Q: What new law would stop something like this?
Pelosi: Background checks. #PelosiTownHall https://t.co/mrhwApq8qp https://t.co/1rziEQfXAK

‘Mr. Republican senator, you supported banning bump stocks, which merely use the recoil to increase the rate of fire, so then why not support a ban on high-capacity magazines?’ Knowing the GOP they wouldn’t be able to argue their way out of this, and the rollercoaster ride of horrors begins. If you give an anti-gun liberal an inch, they take several hundred miles. They simply cannot be trusted. On the other hand, California Democratic Sen. Dianne Feinstein is making a good argument for us in the sense that no new law would have stopped Paddock. He bought his guns legally, he passed background checks, he had no history of mental illness, and he had no criminal record. Oh, and contrary to popular belief, it’s not a crime, nor is it odd, for an American to own multiple firearms. Feinstein admitted this fact on CBS’ Face The Nation Sunday, though she said some law had to be passed.

JOHN DICKERSON: The NRA put out a statement on Thursday suggesting they would support looking into regulations that would keep these bump fire stocks from being sold. What did you make of that position?

DIANNE FEINSTEIN: Well, I thought that's a step forward, and it's appreciate – it's appreciated. Regulations aren't going to do it. We need a law. It can't be changed by another president. Right now we're seeing one president change actions of a – of a president that came before him, and that would happen in this area. And I hope that Americans will step up and say, "Enough is enough. Congress, do something."

JOHN DICKERSON: What do you make of increased sales of bump fire stocks in wake of this shooting and then now legislation?

DIANNE FEINSTEIN: See, I don't know what to make of it. What this event said – this is a well-to-do man, he wasn't mentally ill. Um, he wasn't a criminal, he wasn't a juvenile, he wasn't gang banger, and he was able to buy 40 weapons over a period of time, have 12 bump stocks, line them up, break through two windows in his hotel suite, and take aim at tens of thousands -- well I guess over a thousand people at a concert. And this was such a cross section of America that it really struck at every one of us, that this could happen to you. And we want to stop it.

JOHN DICKERSON: Could there have been any law passed that would've stopped him?

DIANNE FEINSTEIN: No, he passed background checks registering for handguns and other weapons on multiple occasions.

Democrats are going to spend an unusual amount of time on this issue (again). They’re going to lose (again). And they’re going to provide us with an immense amount of fundraising material and helpful reminder for why Republicans need to vote this year and the 2018 midterms to prevent Democrats from chipping away at our Second Amendment rights. Unlike the gun control crowd, gun rights voters are animated. They vote. And they don’t forget. At the same time, it’s frustrating to deal with the nonsensical crap from the media, who continue to fail miserably when reporting on gun laws.

BONUS: Forgot to mention this--Feinsein says that without a doubt all 40 million Californians don't want concealed carry. I'm gonna call BS on that one.

JOHN DICKERSON: Let me ask your – get your thoughts on another piece of legislation. The NRA has mentioned, in response to this shooting, they've talked about passing the concealed carry reciprocity, which essentially allows somebody who has a concealed carry permit in one state to carry it throughout all other states the way, say, a driver's license would work. What's your opinion of that bill which is in the Senate?

DIANNE FEINSTEIN: Well, my opinion of that bill is it's terrible. We want every American to feel comfortable packing a concealed weapon around the country? I represent 40 million Californians, and I can say without hesitation Californians do not want concealed carry.