Johnny Cash’s Daughter: The NRA Funds Domestic Terrorism, or Something 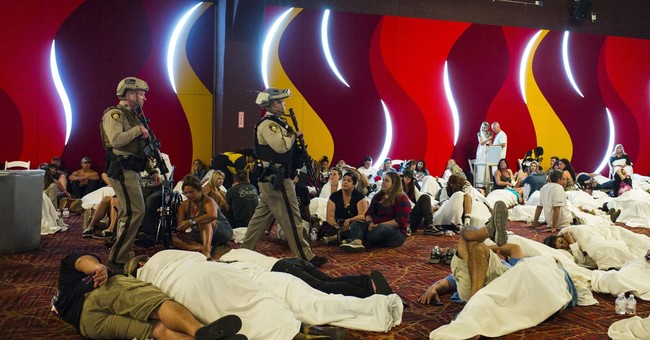 Well, it seems like those of us who support the Second Amendment and the NRA are aiding and abetting domestic terrorism. At least that's what Roseanne Cash, Johnny Cash’s daughter, has decided to throw out there by rehashing the ‘National Rifle Association funds domestic terrorism’ narrative in an op-ed, which was also peppered with inaccuracies, falsehoods, and at times—downright paranoia [emphasis mine]:

There is no other way to say this: The N.R.A. funds domestic terrorism.

A shadow government exists in the world of gun sales, and the people who write gun regulations are the very people who profit from gun sales. The N.R.A. would like to keep it that way.

The laws we have in place to prevent the procurement of military-style weapons by mentally ill citizens are laughable by the standards of any civilized society. But even those pathetic restrictions would be eased if the N.R.A. had its way. Just this week, the House of Representatives was scheduled to vote on a measure that would loosen restrictions on gun silencers and armor-piercing bullets (the vote was indefinitely postponed after the Las Vegas massacre). It’s not hard to learn about how millions of N.R.A. dollars have spread throughout Congress to influence that vote.

If the proposed law had passed before the mass shooting in Las Vegas on Sunday, and the rifles in the assailant’s hotel room had been fitted with silencers, one could safely assume that the death toll would be much, much higher. Those who ran from the concert and survived did so because they heard the gunfire. None of that matters to the N.R.A.

I encourage more artists in country and American roots music to end your silence. It is no longer enough to separate yourself quietly. The laws the N.R.A. would pass are a threat to you, your fans, and to the concerts and festivals we enjoy.

This is a moment in American history that can’t be met with silence. According to PolitiFact, from 2005 to 2015, some 300,000 people were killed by gun violence. That’s roughly the population of Pittsburgh. The grief that extends through the affected families is endless.

First of all, the phrasing of the 300,000-statistic is misleading. All of those deaths were not caused by gun violence. The vast majority of gun deaths are suicides. It doesn’t make it any less tragic, but Cash is trying to say that nearly 300,000 Americans have been killed due to mass shootings similar to what we saw in Las Vegas. That is false—and PolitiFact—to their credit—notes that suicides and police-related shootings are included in that figure.

Second, there is zero evidence to suggest Paddock would have used suppressors in this attack. I can’t even believe we have to make that point. Even PolitiFact called out Hillary Clinton for peddling the same crap.

Third, the NRA has the right to lobby, just as we have the right to own firearms. Just because you don’t like what they stand for doesn’t mean the Left should subject them or the politicians who support the NRA’s agenda to the vicious “othering” that is so prevalent among liberal circles. Last, I’m a huge fan of the X-Files, but this whole notion that there’s some “shadow government” on this issue makes this column even more insane. There is no Syndicate.

Support for gun rightsreached a 25-year high. Tens of millions of Americans own firearms; a few own multiple ones. Homicides are down. Crime is down. Mass shootings are still rare—and the new gun control laws being pitched by Democrats would not have stopped Stephen Paddock from killing 59 people and injuring another 527. Yet, that didn’t stop the celebrity wing of America, the point of the lance of liberal America’s advocacy, to spew their idiocy across social media and elsewhere.

While some are saying there should be a conversation about guns in America, it’s hard when most come off like Dr. Alvin Kurtzweil:

Also, Keith Olbermann said the NRA is a terrorist organization, so you know this narrative is totally off the rails. I guess for those of us who support the Second Amendment, freedom, and the U.S. Constitution--we're all terrorists now.