Yep. Trump Reaching Out To Democrats Not Shaking His Base 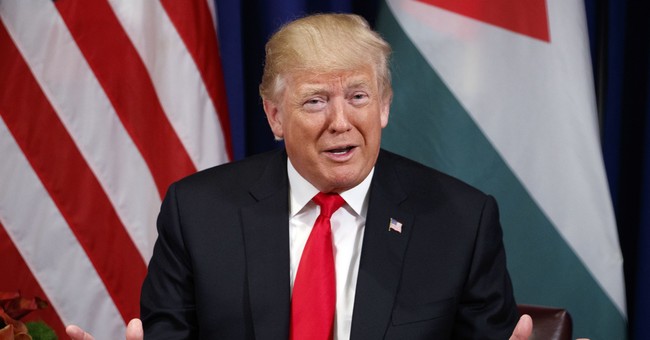 As pundits and politicians ponder whether Donald Trump reaching out to Democrats would nuke his base, we have to circle back to his base of support. A lot of commentaries have been based on whether this issue or that issue will cause the collapse of the Trump coalition. It won’t. Or at least it appears that it won’t any time soon. Trump is not a conservative Republican. He’s a right-leaning populist and all his supporters want to see is results. After a lethargic legislative push on the Hill, including a two-time trip-up on health care, it seems his base is more than willing to be receptive to him reaching out to Democrats. Right now, even as the Hill is mulling this rehashed GOP health care attempt that appears to be on the verge of getting 51 votes, voters in Iowa, deep in the heart of Trump country, are not abandoning the president. Unlike Paul Ryan or Mitch McConnell, there appears to be no downside for Trump if he reaches out to the Left. That should worry McConnell and Ryan, who form your run-of-the-mill Republican ideology that’s represented in Washington. Trump supporters want to see his agenda move forward, no matter who decides to jump in to help drive towards the goal line (via NPR):

"I don't think it'll break up the base because I think those that are be behind [Trump] will be behind him permanently," said Dick Gabriel, a retired education administrator from Indianola, Iowa, one of hundreds who gathered Saturday night for the Iowa Faith and Freedom Coalition Fall Family Banquet in Des Moines.

Gabriel said he didn't have strong feelings about DACA, but he said Trump deserves credit for reducing illegal border crossings considerably even if the wall hasn't been built. "The idea of the wall is to reduce illegal immigration and he hasn't even put up a wall and look how much it has been reduced."

Trump's decision to not insist on funding for the wall as a condition of any deal wasn't seen as a betrayal to Kelsey Bayliss, a pharmacist from Wellman, Iowa.

Her husband, Austin, chimed in that after months of working with Republicans, Trump is finally getting a chance to use his famed negotiating skills.

"I think this is the beginning of the art of the deal and it's about time."

The recent immigration talk comes after the Left’s epileptic fit over the Trump administration's decision to wind down the Deferred Action for Childhood Arrivals program. It was this option or a national injunction as a result of a lawsuit that was primed and ready to be filed by 10 GOP state attorneys general. White House lawyers correctly came to the conclusion that DACA, in its current form, would not be defensible. It was created through an executive order by President Obama and has remained on shaky legal ground, given that it’s a separation of powers issue. There are grounds for the claim that this order is executive overreach and unconstitutional. There’s a six-month enforcement delay, so Congress has the ability to pass a DACA-like bill on solid legal footing. Yet, for now, all eyes are on this Graham-Cassidy health care push. The White House says they’re all in, with Speaker Ryan assuring the Senate that if they pass it; it’ll pass the House. Will it be three times the charm?