Federal Judge To IRS: Reveal The Names Of Those Who Targeted Conservative Organizations 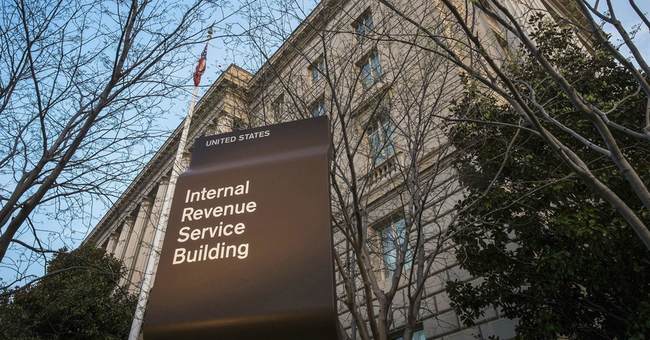 Well, the time has come for the Internal Revenue Service to name the specific employees that were targeting conservative groups. The government agency has been embroiled in controversy ever since it was revealed that certain groups were subjected to intense vetting concerning obtaining 501(c)(4) nonprofit status. Almost every group that was targeted was politically conservative in nature. Cortney wrote last year that in total, 426 groups were targeted. Even National Public Radio noted that the list was top heavy with conservative groups:

–62 had Tea Party or Tea Party Patriots in the name

–An additional 14 had Patriots in the name

In all, 282 conservative groups were on the IRS list, about two-thirds of the total number of groups that got additional scrutiny.

The list also has 67 progressive organizations (16 percent of the total) and 21 nonpartisan civic groups, including three League of Women Voters chapters.

The IRS took a hard look at Friends of Abe, a group for Hollywood conservatives, and at five state chapters of Ralph Reed's Faith and Freedom Coalition. But also at LULAC (the League of Latin American Citizens), seven state groups with Progress in their names and two Occupy groups.

The Deerfield Beach, Fla., chapter of the National Council of Jewish Women caught the agency's eye. So did the National Federation of Independent Business and a group recorded simply as The Institute. Thirty-two groups couldn't be identified.

Of course, this revelation brought on multiple lawsuits. Now, a federal judge says it’s time to end this game of Guess Who—and demanded the IRS also come up with a strategy to ensure this behavior never happens again. Brooke Singman of Fox News has more:

A federal judge has ordered the Internal Revenue Service to release the names of specific employees involved in targeting Tea Party groups, after years of litigation over what conservatives have long called “chilling” behavior by one of the government’s “most feared” agencies.

Judge Reggie B. Walton of the U.S. District Court for the District of Columbia also said the IRS must provide information about which groups were targeted and why, along with a strategy to make sure such targeting doesn't happen again.

The IRS is involved in multiple lawsuits with conservative groups related to the Tea Party targeting scandal; this particular case involves True the Vote.

“We’re thrilled the judge has taken this step and it feels good to have it recognized that they need to be held to account,” True the Vote President Catherine Engelbrecht told Fox News on Monday. “What happened to me was very personal—my name was thrown around the IRS, and the names of the people involved need to be known. What they did was criminal.”

The targeting scandal drew much attention in 2013 when the IRS, headed at the time by Lois Lerner, admitted it was applying extra scrutiny to conservative groups applying for nonprofit status.

“That was wrong,” Lerner said at the time in the press. “That was absolutely incorrect, it was insensitive and it was inappropriate. ... The IRS would like to apologize for that.”

Judge Walton said the IRS has until October 16 to comply with the order.