With 2018 Midterm Season About to Begin, Hillary Clinton Prepares Her Offensive 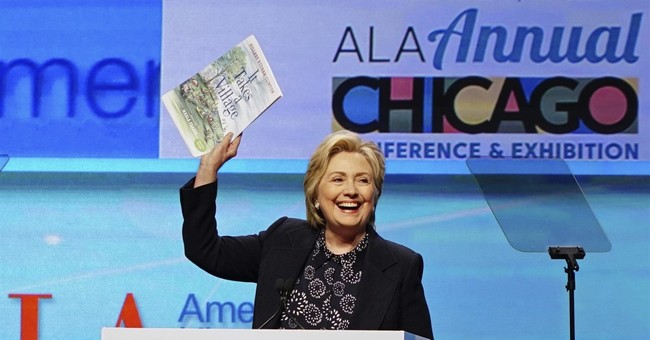 The only problem is she doesn’t know what she wants to do. She has already established a super PAC, Onward Together, which will support organizations fighting the Trump agenda. She’s now an avowed member of the Resistance. So, what can she do? She’s already making some Democrats a bit wary since everyone in the Democratic Party, while they still love and respect Clinton, know that new blood is needed, and that her entrance into the midterm race could clog the spot. Second, like with House Minority Leader Nancy Pelosi (D-CA), Republicans can easily turn her into a villain, which means a more energized conservative base pumping cash into GOP war chests. The Hill’s Amie Parnes, who along with Jonathan Allen, wrote about the former first lady’s failed 2016 election campaign, said that the two-time presidential loser might go with the party flow and set her sights on California and other congressional districts that split for her and the current GOP representative during the 2016 election:

She also is looking at the House districts she won in last year’s presidential contest against Donald Trump as part of an autopsy of her failed campaign, according to two sources who have spoken to the former secretary of State.

It’s at least possible she’ll lend a hand on the campaign trail — particularly in the 23 districts held by Republicans where voters preferred her over Donald Trump for the White House.

“She's very well aware of how she performed in those districts,” said one longtime Clinton confidant who has spoken to the former Democratic nominee.

Democrats are focused on the Golden State as they seek to win back the House majority.

Ellen Tauscher — a Clinton ally and former California congresswoman — along with a longtime aide Katie Merrill, have started a super PAC focused on seven of the so-called “split districts” in that state that voted for Clinton but backed a Republican candidate for the House.

…Chris Lehane, a Democratic strategist, added that Clinton, “could have a real voice in these places, absolutely.”

“She can go into those districts and make a case that there is an opportunity to do a course correction and do it in a fairly compelling way,” Lehane said, particularly if Democrats strengthen their message and give voters a reason to vote for them.

Even staunch Clinton supporters say that while there is room for her to play a role, she also needs to leave room for new leaders to emerge.

Garry Mauro, a longtime friend of the Clintons who led Bill Clinton’s 1992 campaign effort in Texas, thinks the House can be won with the help of the Longhorn state, where there are three “split” districts.

But he doesn’t want Clinton to be front and center.

“Would she be well received? Of course, she would be. But we’re not going to win these races because Barack Obama, Michelle Obama, Hillary Clinton or Nancy Pelosi comes to the state and campaigns,” Mauro said. “We’re going to win it because we represent new leadership and new ideas.

The problem is that the recruitment of Democrats who want to carry on this new mantle could have serious issues post-Georgia, where Democrat Jon Ossoff failed to beat Republican Karen Handel. Second, the candidate farming system that Democrats crafted for their 2006 takeover has crumbled to dust; it doesn’t exist. Third, white working class voter outreach will make a Democratic takeover much more easier but I doubt the insufferable urban professional progressive cohort that runs the Democratic Party would allow lectures on privilege, police brutality, safe spaces, microaggressions, and cultural appropriation be relegated to the backburner. Last, despite President Trump’s shaky poll numbers, it’s quite possible that we could have a 2018 electorate that mirrors 2016, which benefitted Republicans. An increase in Democratic turnout, even at levels not seen in ten years, isn’t enough to win. We saw that in GA-06, which are exactly the districts (i.e. Republican ones) Democrats need to flip to ensure a House takeover. California is not where the Democratic majority will be birthed. To make things more brutal for Democrats concerning their 2018 obstacles is that even if the Democrats are able to get every single Clinton voter who backed a House Republican to turn out in 2018 and flip back over,it wouldn’t be enough to win the House. That’s from the left-leaning Third Way think tank [emphasis mine]:

The numbers underscore how different even the 23 GOP-held Clinton districts are demographically. Many are suburban and overwhelmingly white. Others are rural and heavily Latino. Within the broad categories, there are stark differences on income, educational attainment and employment rates. More than half of adults in New Jersey’s 7th District, for example, graduated from college. Only 17 percent in California’s 10th District did.

“The most important takeaway is that there is no one kind of voter or district that can deliver the House for Democrats in 2018,” said Lanae Erickson Hatalsky, the vice president for social policy and politics at Third Way. “There’s been a lot of focus on suburban districts. There’s no doubt that those are important, but there are not enough of them to win the House.”

Hatalsky, who co-authored the report with Ryan Pougiales, emphasized that Democrats still would not win the House even if they could get every single 2016 Clinton voter who backed a Republican House candidate to turn out again in 2018 and cross over.

“You can’t get to a House majority without winning over Trump voters,” she said.

The study also noted that Democrats have to defend 12 districts that Trump carried as well. Once again, we’ve seen how reaching out to Trump voters is necessary for Democrats to win again. After all, these voters used to form the backbone of the party, which has been replaced by hyper-progressive zealots who are characterized by anti-free speech antics, shunning of white voters, and dogmatic adherence to political correctness. These people care more about whether transgender Americans are able to use the bathroom than job creation. There’s a lot of time between Electon Day 2018 and now, but let’s just say the leaderless, divided Democratic Party doesn’t look like it has its act together to mount a campaign that clinches Congress for them. Yet, let's not kid around here, we know that Clinton will take the limelight. She's out for revenge.