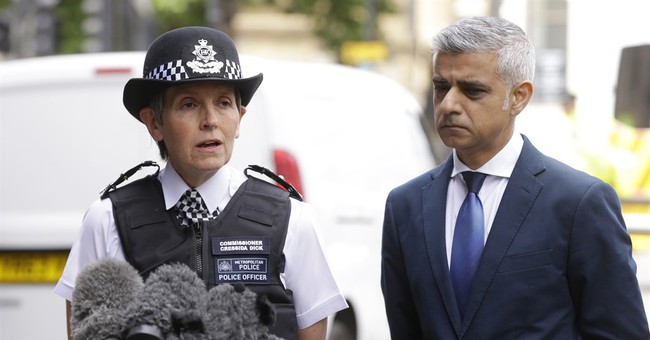 That’s it. London Mayor Sadiq Khan has called on the United Kingdom to cancel the state visit by President Trump over his tweets about the June 3 terror attack on London Bridge (via The Guardian):

We must stop being politically correct and get down to the business of security for our people. If we don't get smart it will only get worse

The London mayor, Sadiq Khan, has called on the British government to cancel a planned state visit by Donald Trump after being criticised in two tweets by the US president.

Trump initially criticised Khan for his response to the London Bridge terrorist attack; though, in doing so, he misquoted London’s mayor. Khan’s office pointed out Trump’s error later but the president responded by accusing London’s mayor of making a “pathetic excuse”.

This isn’t necessarily a new call to arms. In January, Piers Morgan, who cohosts Good Morning Britain, called out the Labour Party’s hypocrisy over their position about a state visit. At the time, some Labour leaders, like Shadow Attorney General Shami Chakrabarti, said that it was premature to roll out the red carpet. Labour seems to be using the state visit drama as an opportunity to show everyone the values for which that they stand for; they’re the same ones we try to uphold as well. Morgan couldn’t get over the silliness of it all since Kuwait, United Arab Emirates, China, Indonesia, Russia, Saudi Arabia, and Ghana have all had state visits.